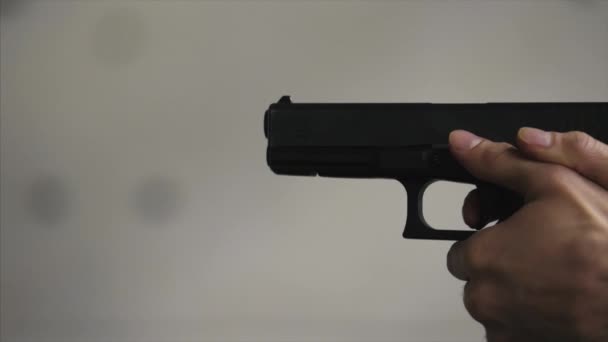 There was shock and disbelief among residents of Oluasiri in the Nembe Local Government Area of Bayelsa State on Sunday as a young man in his late 20s reportedly shot his girlfriend to death for allegedly cheating on him.

A source in the community, who reported the incident, said the suspect, Munabo Tonworio, alleged that his lover, Victoria Ekalamene, was cheating on him.

He was said to have pointed a gun at his victim while interrogating her on an alleged relationship with a man she was seen with when the gun went off in her face.

The gunshot reportedly shattered Victoria’s face and she gave up the ghost before she got to the hospital.

The incident, which happened around 11pm, threw the entire Oluasiri community into panic, while those close to the victim were left in mourning.

The suspected jealous lover was apprehended by a mob and handed over to the personnel of the Nembe Police Station for investigation and possible prosecution.

The Bayelsa State Police Command spokesperson, Asinim Butswats, who confirmed the incident, said the suspect had been arrested and detained.

He said, “On April 14, 2019, around 10.45pm, one Munabo Tonworio, 28, shot dead his lover, one Victoria Ekalamene, 34, after a quarrel at the residence of the deceased in Oluasiri in the Nembe Local Government Area of Bayelsa State.

“The murder weapon, a locally-made cut-to-size gun and expended AA ammunition, were recovered from the scene. The suspect has been arrested and is being detained at the State Criminal Intelligence and Investigation Department, Yenagoa. Investigation is ongoing.”