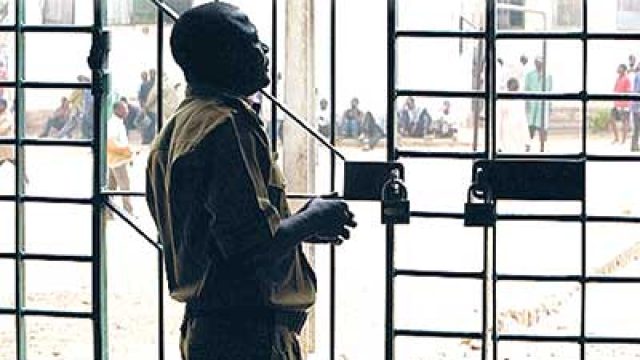 No fewer than 23 inmates of the Ikoyi Prisons School on Wednesday participated in the 2019 Unified Tertiary Matriculation Examination by the Joint Admissions and Matriculation Board.

A News Agency of Nigeria correspondent who monitored the examination reports that the inmates showed enthusiasm on seeing the examiners who had also turned up early enough to administer the examination for the candidates behind the bars.

According to him, out of the 25 that registered, nine of them were  discharged before the date for the examination.

Idris however stated that out of the nine that were discharged before the examination, seven of them came back to the facility to join others in taking the examination.

“Two of the nine that were discharged did not show up for the examination.

“But I must say the examination was a huge success. By our judgement, it was 100 per cent hitch-free.

“The systems and the backups were all working at their best and on our part, we ensured the candidates were well relaxed while they wrote the examination.

“With the level of preparations we had for them prior to this examination, we will not expect anything short of 270 and above score.

“We commend some NGOs such as the Good News Baptist Church and other volunteers who joined hands with us in preparing the inmates, including our own staff and inmates. It was a joint effort,” he said.

“One of their cardinal focus has been to give support in the general welfare, empowerment and reformation of the inmates.

“The current Deputy Controller of the Ikoyi Prisons too, Tolu Ogunsakin on his own, has ensured that the inmates are given the best support in a bid to ensure that they carry on with their lives successfully whenever they regained freedom,” Idris told NAN.

Grassroots Mobilization: Jandor is a breath of fresh air – Ogabi

2023: Choice of running mate lies with Tinubu, not APC governors...

Fans outside and virtual support – Sevilla win derby as La...

Benjamin Mendy found not guilty of six counts of rape