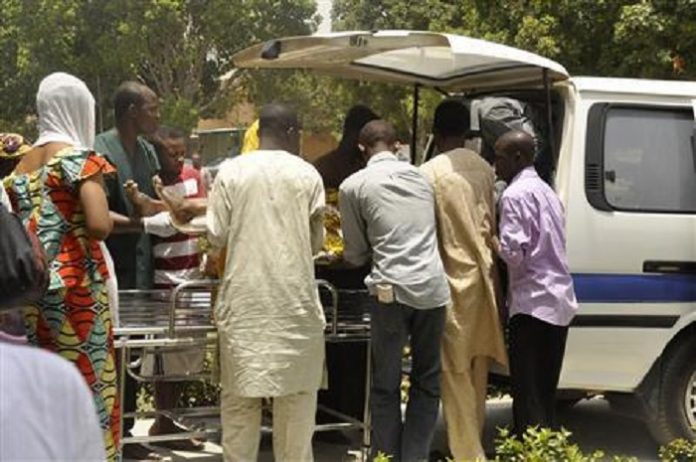 A passenger bus on Monday overran a procession of Christian worshippers injuring 17 persons partaking in Easter Monday Holy ritual of a church in the Numan Local Government Area of Adamawa State.

Many of the victims, who sustained bone fractures were reportedly taken to different hospitals in Numan, the council’s headquarters.

Eyewitnesses said the accident happened around 10 am, adding that the bus had been seized and the driver arrested.

One of the eyewitnesses, Stanley Jaule, said the affected members of the Christian community were marching towards a mountain which they called Galilee when the bus ran into them from behind.

He said, “While they were participating in Easter procession, a passenger bus just came from behind them and injured so many people, mostly women and children.”

He added that the accident almost caused a serious crisis as others in the procession became angry and tried to grab the driver.

Jaule, however, said peace later prevailed as some passers-by were able to calm down the Christians.

The state Police Public Relations Officer, SP Othman Abubakar, who confirmed the incident, told our reporter that policemen helped in calming down the people affected.

Othman said, “There was an incidence which occurred this morning where a passenger bus lost control and ran into some worshippers injuring several persons. There was tension as a result of the incidence, but our men were able to bring the situation under control and normalcy has returned to the area.”