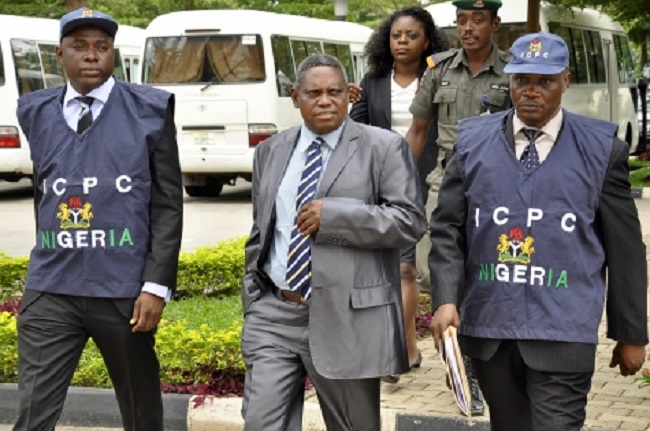 The Chairman of the Independent Corrupt Practices and Other Related Offences Commission, Prof Bolaji Owasanoye, has lamented the role of some financial institutions in financial crimes, saying some of them opened accounts for criminals and provided services that helped criminal acts.

The spokesperson for the commission, Rasheedat Okoduwa, said in a release that Owasanoye made the statement during the visit of the management of Bank of Industry to the commission’s headquarters in Abuja. The commission spokesperson said the ICPC would ensure continuous clampdown on corrupt elements in the industry, stressing that unethical investors undermined the ethics of banking industry.

“The ICPC chairman has pledged the commission’s commitment to working together with financial institutions in order to rid them of corrupt elements. The chairman expressed concerns at the complicity of a few of Nigeria’s financial services industry in the ruination of the country, stating that one bad apple can ruin the entire bunch,” said the statement.

“He described how some financial institutions condone unethical conducts by opening accounts for criminals and how they use innuendos to make suggestions of criminality to lure customers. He also pointed out that unethical investors undermine the ethics of the industry, and promised to deal decisively with the likes of them who infringe the law,” it added.

While calling on stakeholders in the industry to work with the anti-corruption agency, the ICPC boss noted that doing so would help in isolating the corrupt elements in the system.