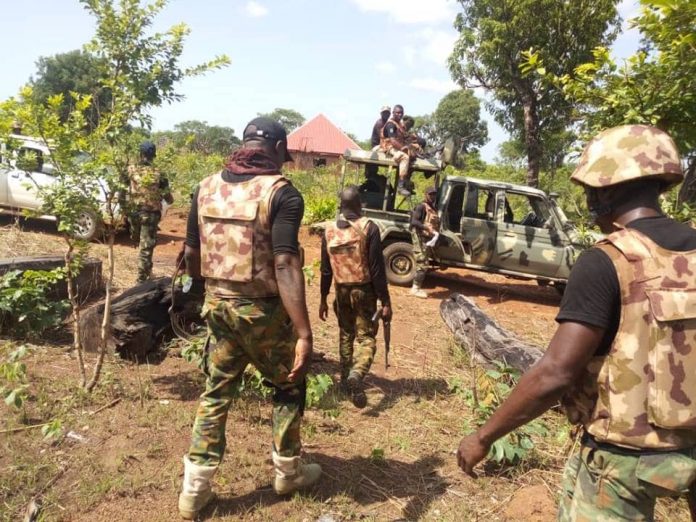 Gunmen suspected to be kidnappers have abducted an army officer, his wife and two children along Wukari-Ibbi road in Taraba State.

It was gathered that the officer, who was not in uniform, was traveling in his personal car with his wife and two children when they were abducted by the gunmen at Ibiwa village in Ibbi LGA of the state.

Sources in Wukari and Ibbi, who would not like their names mentioned, told our reporter that the officer attached to Takum Army Barracks was traveling from Takum to Ibbi town when the gunmen blocked the road at Ibiwa village and took him and his family to an unknown location.

When contacted, the police spokesman in the state, DSP David Misal, said he had contacted the DPO in Ibbi over the issue but he was yet to get a reply.