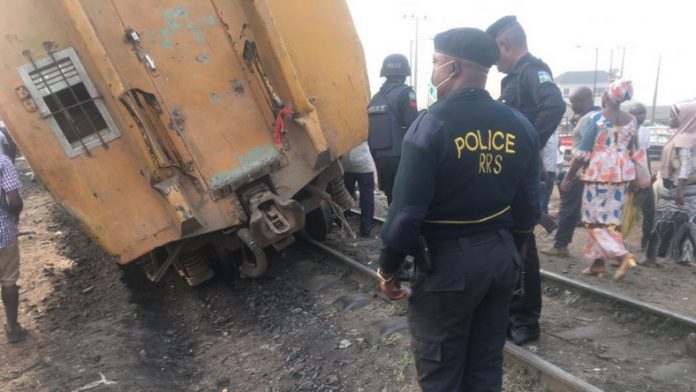 At least four persons may have been killed after a train crushed a tricycle in Lagos.

The crash happened around 6:45am at Iju Ishaga on Tuesday.

The tricycle, carrying passengers, had reportedly attempted to cross the railway when it got trapped and was eventually crushed by the train.

Occupants of the tricycle are feared dead.