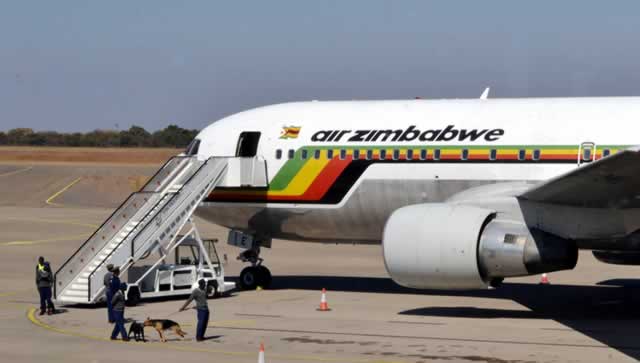 A small fire incident on an Air Zimbabwe flight on Sunday night has forced the carrier to ground its only operating aircraft.

The Boeing 767-200ER, which has to be one of the hardest-working aeroplanes in the aviation industry, serves the Harare, Bulawayo and Victoria Falls routes as well as Johannesburg.

The plane suffered a “malfunction” in one of its engines after flying out of South Africa’s main international airport, causing a “brief tail pipe fire”, the carrier said in a statement.

It, however, continued on its journey and landed safely in Zimbabwe’s capital, Harare.

Investigations will be carried out to find the cause of the fire.

The grounding has disrupted travel and left many passengers stranded.

Air Zimbabwe has been burdened by debts which reportedly amount to more than $800m (£620m).

Authorities have been trying to turn around the airline’s fortunes, and to acquire additional planes to boost the fleet.

Second term: What should Nigerians expect from President Buhari