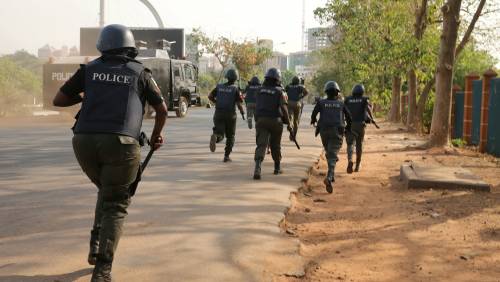 Chairman of the Academic Staff Union of Universities, Taraba State University chapter, Dr. Samuel Shikaa, confirmed the incident in a telephone interview with our correspondent in Jalingo.

Shikaa said the kidnappers invaded the house through the back side of the University that is not fenced and took the Deputy Registrar away to an unknown destination.

Taraba State University branch of ASUU is currently on strike over the insecurity of staff occasioned by lack of perimeter fencing of the University, funding, and pension for staff among others.

Kidnapping in Taraba state especially Jalingo the state capital is gradually becoming a daily occurrence as hardly a day passes without a reported case of kidnapping.

Commissioner of Police, Taraba State, Mr. Alkasim Sanusi, had last week while launching operation Puff Adder warned kidnappers and other criminals to leave the state as the command was ready to root them out.