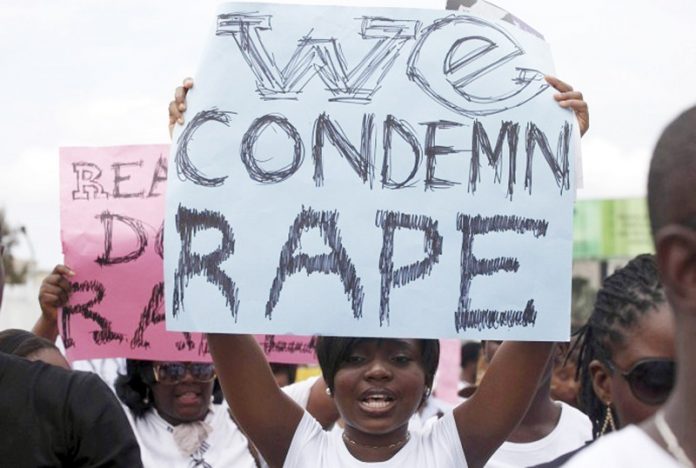 The absence of defence counsel has stalled the trial of five students accused of gang-raping and blackmailing a fellow student.

The five students, all of the University of Lagos, are arraigned at an Ikeja Sexual Offences and Domestic Violence Court.

Proceedings on Thursday, scheduled for the cross-examination of the complainant (name withheld), could not hold due to the absence of Mr. Bisi Ademulegun, the new defence counsel to Omowole, the first defendant.

Ademulegun had written to the court seeking for a short adjournment because he was Omowole’s new defence counsel and had just been briefed on the case.

He noted that on the day scheduled for the continuation of the trial of the students, he had a case before the Court of Appeal in Ibadan.

Reacting to the letter, which was read in court by Justice Abiola Soladoye, Mr. Jide Martins, a Deputy Director of the Directorate of Public Prosecutions and lead prosecutor in the case, requested that the trial should go ahead.

Martins noted that the DPP intended to re-arraign the students on fresh charges.

“I am of the view that the matter is due for hearing and the delay occasioned by the learned gentleman is unfortunate, as this case has been on since February 26.

“There is also an amended charge before the court,” he said.

The defence counsel, however, did not oppose Ademulegun’s request for an adjournment.

Mrs. Abimbola Akeredolu (SAN), the defence counsel to Chukwu (second defendant), in supporting the request for an adjournment said an accused is entitled to representation by counsel.

“If a counsel is absent for cogent reasons, I do not know what the hurry is.

“We were just served with the amended charge on April 29, which was on Monday. We will not be opposing the adjournment.”

Mr. Ben Aigbangbee, counsel to Nwakanma (third defendant), noted in his submission that he was yet to be served with the amended charge by the prosecution.

Mr. Lawal Pedro (SAN), counsel to Aguedo (fourth defendant), said that the new charge filed by the prosecution had brought a “new twist” to the case.

“My brief was to represent the fourth defendant on procuration, which is a misdemeanor. The new charge has changed the context of my brief.

“In this new charge, if the young man is found guilty, he is liable to life imprisonment.

“I will have to consult my clients again; an adjournment will not be prejudicial in the circumstances,” Pedro said.

Mr. N. J. Edechime, counsel to Osemeka (fifth defendant), noted that in the new charge, his client had an additional charge filed against her.

“I was served with the amended charge in court. Though it has a two-count instead of the one count given to the fifth defendant, I will not be opposing the request for an adjournment,” Edechime said.

Reacting to their submissions, Martins said that contrary to what Aigbangbee said, the second defendant had been served with the amended charge by the prosecution.

“One Isaac Osuntuyi was served on behalf of the second defendant,” Martins said.

NAN reports that the complainant had, on February 26, testified in court that she was lured by Nwankama, who was her roommate, to High Rise, a staff quarters hostel at UNILAG.

The complainant said she was gang-raped at High Rise by eight students and the sexual assault was videotaped.

She also claimed to have been blackmailed with the video and further gang-raped on other occasions by the defendants and their accomplices, who are now at large.

The five students have been remanded at the Kirikiri Prison since February 26, the day they were arraigned for the alleged offences.

Soladoye adjourned the case until June 27, for continuation of trial.