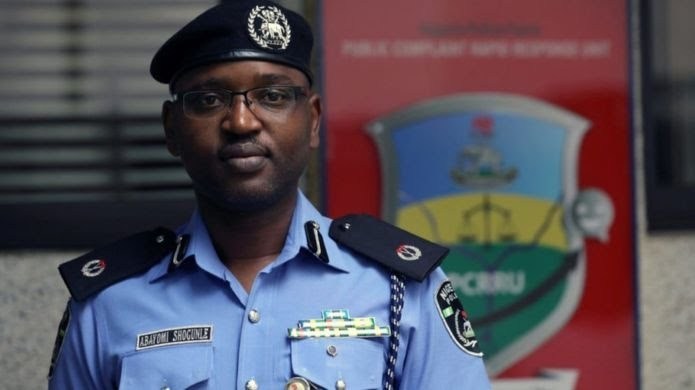 The Nigeria Police have sacked the head of its public complaints unit, a senior official reportedly said on Saturday.

Yomi Shogunle, a controversial officer who at times rattled social media users with his posts, was removed from the Police Complaints Response Unit and posted to Ebonyi State.

The assistant commissioner of police was transferred on Friday morning to head the police area command in Nkalagu, Ebonyi State.

“He was transferred on Friday morning after the Force Headquarters received too much complaints about his conduct,” a police chief said.

Messages about the transfer first spread on social media Saturday morning, eliciting reactions. Many of his critics, however, suggested that only an outright dismissal would be sufficient for Mr Shogunle’s alleged misconduct.

Mr Shogunle was named as the pioneer head of PCRU after it was created to receive complaints against police officers in late 2015.

The department achieved initial credits by following up on allegations of misconduct against officers.

Some commentators said Mr Shogunle’s conduct undermined his unit’s successes, and demanded his removal. Several petitions were filed online for his removal, but it seemed the latest one was what eventually did him in.

Amidst outrage over police clampdown on women in Abuja, Mr Shogunle justified the discriminatory arrests in a manner many considered too objectionable.

Since 2017, Mr Shogunle had also faced online scorn for his frequent ridiculing of #ENDSARS, a nationwide campaign to end police brutality. He described the movement, which has helped many citizens obtain justice against errant police officers, as a scam.

It was learnt on Saturday that the Force Headquarters had been observing the controversies being courted by Mr Shogunle, who has been based in Lagos.

“We decided it was time to take him out of that important office because he had become an embarrassment,” a police chief said. “We wish him good luck in Ebonyi.”

The senior official, who spoke under anonymity because he was not the police’s spokesperson, said Mr Shogunle’s transfer signal was dispatched on Friday morning.

Police spokesperson Frank Mba could not be reached for comments Saturday afternoon.

Ebonyi police commissioner, Awosola Awotunde, said Saturday he had not received the signal. Depending on its urgency, a police signal usually take three to four days to reach recipients.

Mr Shogunle, too, did not respond to calls.

Cristiano Ronaldo and Lionel Messi both score in exhibition