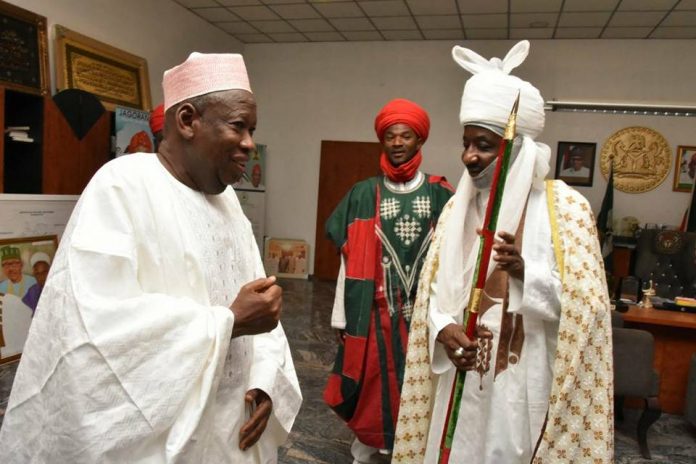 The Kano State government has launched a fresh probe to scrutinise the expenses of the Kano Emirate Council from 2013 to 2019.

The probe was initiated by the Kano State Public Complaints and Anti-Corruption Commission, according to a letter dated May 2, and signed by the commission’s head of operations, Suleiman Gusau.

Also, a top official in the commission, who asked not to be named, reportedly said the letter has been sent to the emirate council, inviting some officials to come and “clarify some issues.”

The letter invited top emirate officials including Mohammad Kwaru (accountant of the council); Mannir Sanusi (chief of staff to the emir); Isa Sanusi (former principal private secretary and half-brother to the emir) and Mujittaba Falakin Kano (private secretary to the emir), to shed light on spending from 2013 to 2019.

The officials are expected to honour the commission’s invitation on Thursday, May 9, by 12 p.m. at the headquarters of the agency.

The letter indicated the commission invited the aforementioned staff for an alleged violation of section 26 of its enabling law in the management of emirate’s funds.

It also stated that the invitation was based on the power conferred to it under “Section 9 and 15 of Kano State Public Complaints and Anti-Corruption Commission Law 2008 (as amended).”

The commission and the state assembly had earlier started a similar investigation, which many believed were moves to ‘dethrone’ Mr Sanusi, an outspoken leader.

Mr Sanusi was a former governor of the Central Bank of Nigeria. While he held sway under the Jonathan administration, he often revealed acts of fraud in the economy which did not endear him to many. Since assuming the throne, he has also constantly put the authorities on their toes through regular criticism of government policies.

The current move comes just hours after the Kano Assembly formed a committee to look into the possibility of creating four additional emirates in the state in order to whittle down the emir’s powers.

In a plenary session on Monday, Speaker of the House, Kabiru Rurum, read a letter signed by one Ibrahim Salisu “and others”, seeking the creation of new emirates in Karaye, Bichi, Rano and Gaya.

A former governor of Kano, Abubakar Rimi, had once created additional emirates in Karaye, Rano and Gaya during the reign of the late Emir Ado Bayero. But this was later revoked by his successor, Sabo Bakinzuwo.