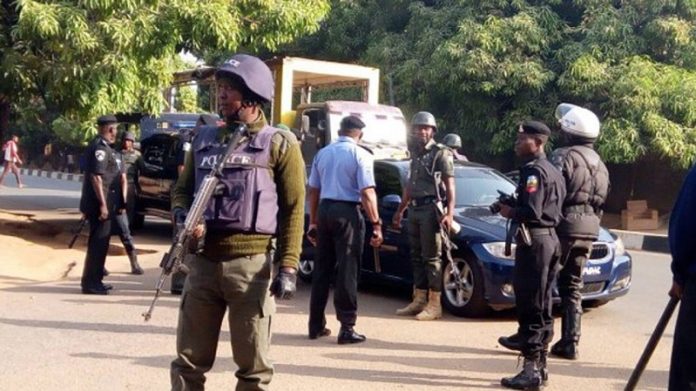 The Inspector General of Police, Mohammed Adamu, has appeared before the Senate in plenary to brief the lawmakers over the spate of kidnappings across Nigeria.

He appeared alongside the special adviser to the President on National Assembly Matters, Ita Enang, and other police officers.

Mr Adamu was invited by the Senate on April 25 to brief the senate on security matters as well as proffer lasting solutions to the menace.

The IGP’s invitation was one of the many resolutions made after a deliberation on a motion on the “senseless killing of a Briton and the abduction of three others in a Holiday Resort in Kaduna State by armed bandits” sponsored by Shehu Sani (PRP, Kaduna Central).

At the start of plenary, the Senate leader, Ahmed Lawan, prayed that his colleagues take the security briefing from the IGP before any other matter of the day.

He thereafter, moved that the Senate resolve into the committee of the whole and invite Messrs Adamu and Enang into the chamber.

The Senate President, Bukola Saraki, announced that the briefing will be done behind closed-doors.

The Senate went into executive session at about 11:25 a.m.

Insurgency: It may take long but we are capable of handling...