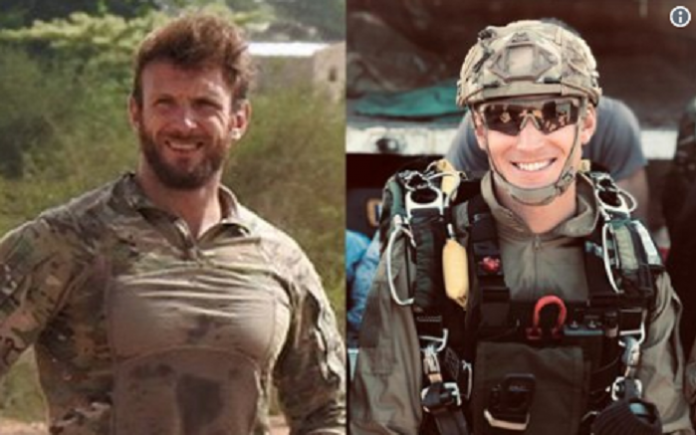 Four foreign hostages have been freed by French forces in the West African country of Burkina Faso, the French government says.

Two of those released are French. The other two are said to be an American woman and a South Korean woman.

The French hostages had been kidnapped in neighbouring Benin on 1 May.

Their release was secured through a military operation conducted on Thursday night in the north of Burkina Faso, the Elysée palace said.

Frenchmen Patrick Picque and Laurent Lassimouillas, both music teachers, disappeared in the remote Pendjari National Park in Benin where they had been on safari. Their local guide was found dead.

The two soldiers who were killed during the rescue were named as Cédric de Pierrepont and Alain Bertoncello, described by officials as belonging to a special operations unit.

The French military posted photos of the soldiers on social media.

French officials also thanked the militaries of the US, Benin and Burkina Faso for their help in the operation.

The park is on the border with Burkina Faso where Islamist militants have been increasingly active in recent months.

No further details of the other two hostages liberated were given.

President Emmanuel Macron congratulated “the French armed forces for the liberation of the hostages, and includes everyone who worked alongside them”, the government statement said.

“He bows with emotion and solemnity before the sacrifice of our two soldiers who gave their lives to save those of our citizens,” it added.

Burnley-Everton postponed because of Covid cases