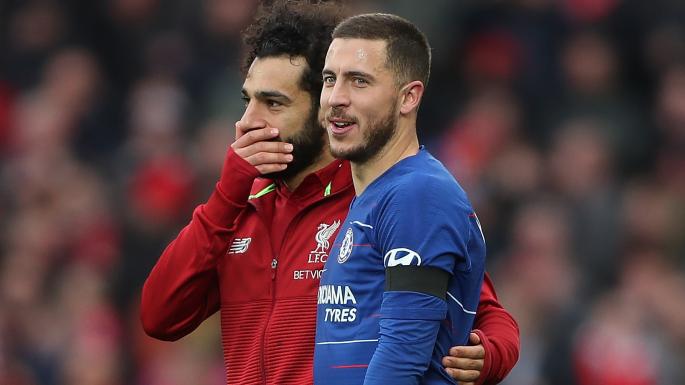 English clubs have marked their return to prominence on the European stage in a week punctuated by spellbinding drama with Liverpool and Tottenham Hotspur set to meet in just the second all-English Champions League final next month.

Chelsea and Arsenal then ensured the success of English teams won’t just be limited to the continent’s top club competition, both reaching the Europa League showpiece to give the Premier League an unprecedented four European finalists, the first time there has been such a sweep.

The English sweep on the football field comes, ironically, as the United Kingdom wrestles with Brexit, the painful and protracted withdrawal from the European Union.

Only twice before in European football — the 1972 UEFA Cup and 2008 Champions League — had two English teams contested a final, but two improbable comebacks guaranteed another such clash on June 1 in Madrid.

Liverpool, last year’s runners-up to Real Madrid, ended Spain’s five-year grip on the continent’s top club prize as they shocked Lionel Messi and Barcelona — their stunning 4-0 win at Anfield inspiring Tottenham to a fightback every bit as inconceivable 24 hours later.

“We saw Liverpool last night. It just goes to show it’s not over until it’s over,” Spurs defender Danny Rose said after his side rallied from a 3-0 aggregate deficit at half-time to break Ajax hearts thanks to a second-half hat-trick from Lucas Moura.

“We enjoyed a lot watching the tie against Barcelona. They are heroes too and, of course, it is going to be an amazing final between two English teams that for sure we are going to enjoy,” added Spurs boss Mauricio Pochettino.

Despite record broadcast deals bringing in billions from around the globe, English clubs have been out-thought and out-played at Champions League level over the past decade.

Yet while Barcelona, Juventus and Bayern Munich have dominated at home in recent years, no club has retained the Premier League title since Manchester United in 2009, in Cristiano Ronaldo’s final season at Old Trafford.

The constant grind of England’s top six vying every season for just four Champions League places allows nobody to rest on their laurels, on the pitch or off it in the recruitment process.

Crucially, the Premier League now also boasts not only money, but world-class coaching that has been given time to build.

Pep Guardiola is in his third season as City manager, Jurgen Klopp in his fourth at Liverpool and Pochettino near the end of season five at Spurs.

“The level of the Premier League I think is clear,” said Chelsea manager Maurizio Sarri, whose turbulent first season in England could finish on an unexpected high with a top-four place already secured.

“If you consider we got to the final in the League Cup and we had to play against Liverpool, Tottenham and the final against Man City you have an idea about the level.”

Sarri will now pit his wits against Unai Emery as Chelsea face Arsenal in the Europa League final in Baku on May 29.

Chelsea needed a penalty shoot-out to beat Eintracht Frankfurt in their Europa League semi-final while a Pierre-Emerick Aubayemang hat-trick took the Gunners to a 4-2 win over Valencia for a 7-3 aggregate.

The final will be Arsenal’s first in Europe since they lost the 2006 Champions League to Barcelona.

“I am very proud of the players and the supporters. The players did all they could and we can be proud of the whole club,” said Emery who once coached Sevilla to three Europa League titles.

Valencia coach Marcelino hailed the strength of the Premier League.

“Arsenal had a bigger punch,” he said.

“We will have a strong London derby with Arsenal in Baku,” he said.

Adulterated Fuel: ‘There will be a major investigation,’ says Petroleum Minister

Osinbajo has not declared interest in 2023 Presidential Race – Aide