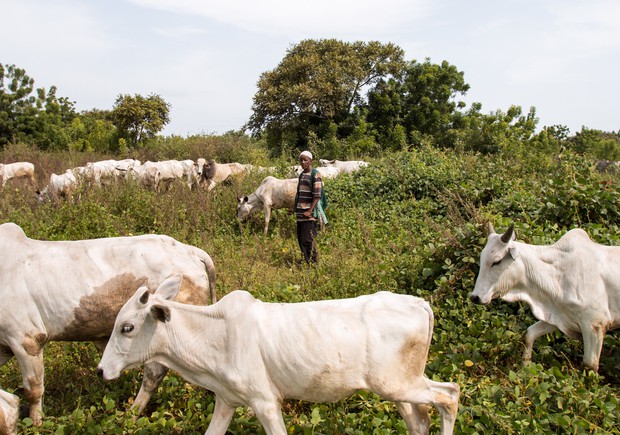 Benue State governor Samuel Ortom has revealed that not less than 50 killers have been arrested and convicted in the state.

He said this while addressing journalists after meeting with president Muhammadu Buhari at the State House in Abuja.

Ortom also said that the government has arrested 400 people in connection to farmers-herdsmen clashes with not less than 2,000 cattle seized.

“On herdsmen and farmers, the place is relatively peaceful. The law is being implemented and we have arrested 400 people irrespective of their ethnic background, whether Fulani, Igbos, Yoruba, Tiv, Idoma and we have convicted 50 people for contravening various offenses and we have seized more than 2,000 cattle,” Ortom said.

He continued, “The law is still in force in Benue State and we are implementing it. Everyone is free to establish a ranch; we are not targeting any individual or group.

“Anyone who wants to do cattle business should come to Benue and ranch, that we have land for it but for open grazing we have no land.”

Ortom also said the state is combating terrorism and kidnapping while hoping that it would bring an end to the activities of bandits through the launch of its operation Y Stroke.

“With operation Y Stroke we are going to move against them and we believe we will be able to surmount them,” he said.