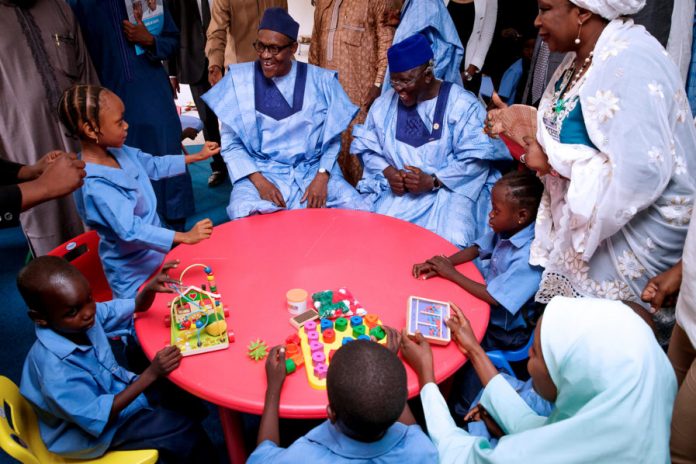 Vice President Yemi Osinbajo on Thursday said the Federal Government was redesigning the country’s education curriculum as part of its education road map, and every child would count.

Osinbajo said this while delivering the 23rd Convocation Lecture of the Lagos State University, during the university’s award of higher degree and postgraduate diploma certificates.

The title of the lecture was “Africa Centres of Excellence in African Universities: a Veritable Catalyst for Nation Building and Development”.

He said it was obvious that there was a need to change both the substance of education that Nigerian children received as well as the methods by which they were educated.

“We are clear that the key to achieving this is to focus on Science, Technology, Engineering, Arts and Math Education and the need for a workforce with STEAM skills to drive economic prosperity,” he said.

Osinbajo said the feat recorded by the university fits well with the Federal Government’s policy direction in education and its vision for a prosperous Nigerian economy, to be able to create jobs and train youths on those jobs for the next few years.

The Vice-President noted that the Federal Government new policy was to introduce Science, Technology, Engineering, Arts and Mathematics curriculum in primary schools.

“We also recognise that schooling should support the development of skills in cross-disciplinary, critical and creative thinking, problem-solving and digital technologies.

“These skills are essential in all 21st-century occupation,” he emphasised.

Osinbanjo said the National curriculum being developed would not only include the teaching of coding, digital arts, design thinking, robotics, critical thinking and other skills but also using these skills in interpreting traditional curriculum topics.

He said the aim of the Federal Government was to ensure that from early education, primary school onwards regardless of social background or geographical location every young person should have a fundamental level of digital and STEAM literacy.