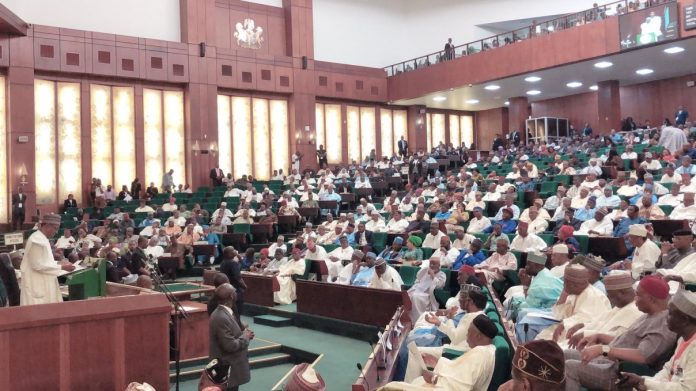 The management of Nigeria’s National Assembly (NASS), on Monday, issued a new guideline for accreditation of journalists covering the parliament.

The new guideline allows television, independent producers and online media to present only one reporter for accreditation. Each of them could present another as cameraman or photographer.

Radio stations are allowed to have only one reporter.

The press statement conveying the message was signed by Agada Emmanuel, Director of Information.

It stated the new rule would take effect from June 11.

1.0 Number of journalists/correspondents to be accredited for prints, electronic and online media for Senate and House of Representatives respectively.

3.0 REQUIREMENT FOR PERMANENT ACCREDITATION OF JOURNALISTS/CORRESPONDENTS FOR PRINT, ELECTRONIC AND ONLINE MEDIA ORGANISATIONS

3.1 Evidence of certificate of incorporation of the media organisation.

3.2 Evidence of membership of professional bodies for media organization.

3.3 Proof of membership of Nigeria Union of Journalists (NUJ) with registration number.

3.4 Code of certification from the National Library for the media organization.

3.5 Functional Bureau in Abuja (Staff Strength not less than 5 Editorial staff and daily circulation of 40,000 copies for the print media with evidence to support the claimed circulation figure.

3.6 Media Houses must be publishing daily and on weekend (Applicable to Online Media).

3.7 Re-certification form must be signed and endorsed by the Chief Executive Officer (CEO) of the Media organization Bureau Chief, City Editor as the case may be.

3.8 The Media organization concerned must have experience of covering proceedings of the National Assembly for at least two (2) years before applying for permanent accreditation.

3.9 All media organization will submit a copy of its income tax return for the last two years.

3.10 All online media must have at least 5000 viewership per day, the site must have been in operation for 5 years and provide satisfactory evidence to this effect with clippings of the news utilized (especially parliamentary news).

3.11 Only television stations with national coverage and specific independent producers with current running programme on the National Assembly will be allowed access into the Chambers on a permanent basis (All the production crew will be accredited as entity).

3.12 All correspondents must attach photocopy of letter of appointment of the media organization on whose behalf request has been received for grant of accreditation.

3.13 All freelance journalist seeking permanent accreditation must show evidence of not less than 5 years coverage of the National Assembly proceedings/full editorial focus and publication on parliamentary reportage.

4.0 It is only Journalists and correspondence whose media organisations meet the above requirements for Permanent accreditation that will be entitled to carry National Assembly Identity Card/Membership of the respective Press Corp

5.0 All other media organization who do not meet the above requirement will be captured under the Temporary accreditation status and they will not be entitled to carry National Assembly Identity Card/Membership of the Press Corp of the Senate and House of Representatives.

6.0 All Temporary accredited media houses, journalists/correspondents shall be allowed permit into the National Assembly for specific coverage not exceeding one (1) week in the first instance and not more than twice in a month.

7.0 All foreign/international media houses seeking accreditation shall abide by all the Diplomatic Protocols established by the Ministry of Foreign Affairs for foreign media organizations, the Code of Ethics for Nigerian Journalists and security clearance before accreditation will be considered upon the recommendation from the Ministry of Foreign Affairs.

8.0 All permanently accredited journalists/correspondents shall submit a recertification letter from the Chief Executive Officer (CEO) of their media organization on a sessional basis failure to which accreditation shall be withdrawn forthwith.

9.0 All accredited media organization will be considered as a single entity in the issuance of passes irrespective of their membership of Senate and House of Representatives Press Corp.

10.0 These new accreditation guidelines shall come into effect from June 11 2019.