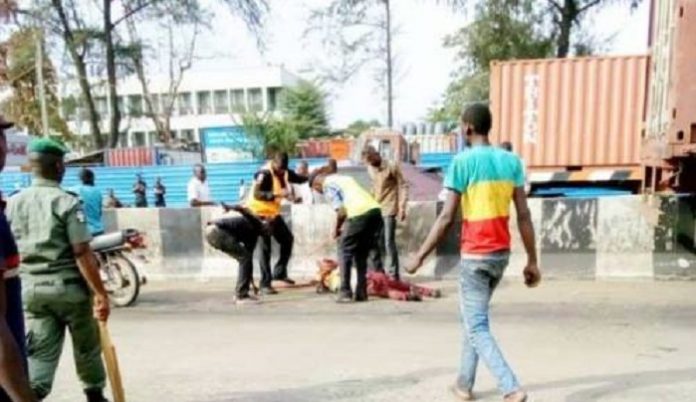 A female officer of the Lagos State Traffic Management Agency(LASTMA) has been crushed to death by a trailer.

She has been identified as Arogundade Remilekun.

It was gathered that the tragic incident occurred in Apapa area of Lagos on Sunday morning.

The late Remilekun was said to be from Apapa Zone 36 station base.

It was gathered that the officer was at the back of the truck when the tragedy occurred.The trailer crushed her to death as the driver was trying to reverse.

Eyewitnesses said the driver of the trailer was not aware of the deceased’s presence. She was said to have died right on the spot.

Her remains have been evacuated from the scene of the tragedy.

Liverpool: Everyone can celebrate the situation apart from us, says boss...