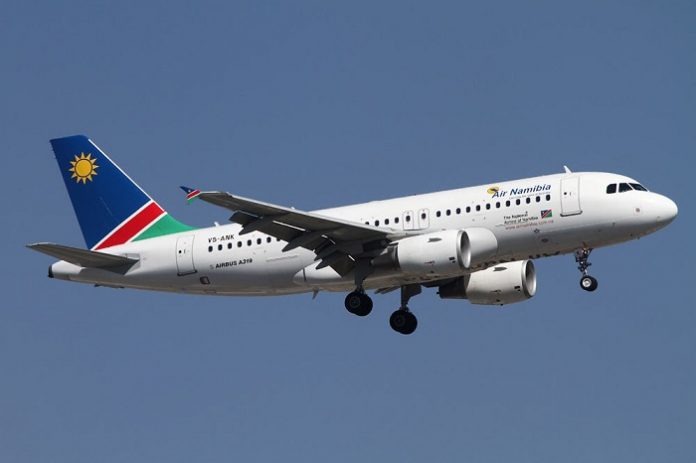 Air Namibia has suspended flights on its Windhoek-Lagos-Accra route over a diplomatic row with Nigeria.

In a statement issued on Friday, Namibia’s national carrier said the flights were suspended with immediate effect.

Air Namibia said operations on the routes, which were launched in June 2018, started off very well as there were a “high number of passengers and revenue was good”.

“During February 2019, the Nigerian High Commissioner to Namibia banned the issuing of visas to Namibian passport holders,” the airline said.

“In addition, there are messages circulating in Nigeria about Namibia being ‘anti-Nigeria’, with travellers being urged to avoid visiting Namibia, as well as avoid using Windhoek as a transit point when travelling to South Africa.

Wimpie van Vuuren, the acting general manager of commercial services, said the ban on issuing visas to Namibians could be “linked to allegations that Nigerians are normally ill-treated by Namibian border control officials at Hosea Kutako International Airport when arriving or transiting through Windhoek”.

The airline said its efforts to mitigate the diplomatic issues by consulting with stakeholders proved futile.

“All affected passengers will be assisted by accommodating them on flights operated by partner airlines at Air Namibia’s cost, or they will be refunded if they opt not to fly anymore.”

Operations on the route were launched in June 2018.

INSURGENCY: US TO OFFER HUMANITARIAN ASSISTANCE TO VICTIMS