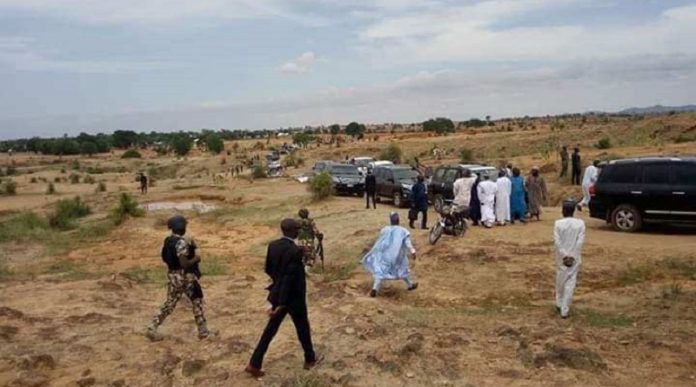 Suspected bandits have opened fire on the motorcade of the Zamfara governor, Bello Matawalle, who was on his way to condole with victims of a previous attack on a community in Gusau Local Government, witnesses reportedly said.

The witnesses said the governor’s convoy came under attack on Sunday evening while he was enroute Lilo community to sympathise with victims of the attack on Saturday.

The state government had earlier, on Monday, issued a statement which said the governor and his team were the ones who went after the attackers and not the other way round.

Earlier on Saturday, eight people were killed and 18 others injured after bandits attacked Lilo community, on the outskirts of Gusau, the state capital. The governor embarked on the Sunday visit to the community to assess the situation.

Zamfara, like many other states across the north, has witnessed sporadic attacks by bandits and kidnappers that have claimed the lives of many.

During the attack on the governor’s convoy on Sunday, the bandits, taking advantage of the bushy terrain, opened fire on the motorcade, a source said.

A source, who said he was unsure of the number of casualties, said the governor’s security details quickly returned fire and were able to protect and evacuate their principal.

“Even if we stopped, we can’t cross the river because the bandits are in (a) better position to notice the movement of anyone confronting them while they are covered by the thick forest,” the source added, while explaining the security’s withdrawal from confronting the bandits.

Other sources who witnessed the incident gave similar narratives. The sources include public and non-public officials but asked not to be named for fear of being in the new governor’s bad books.