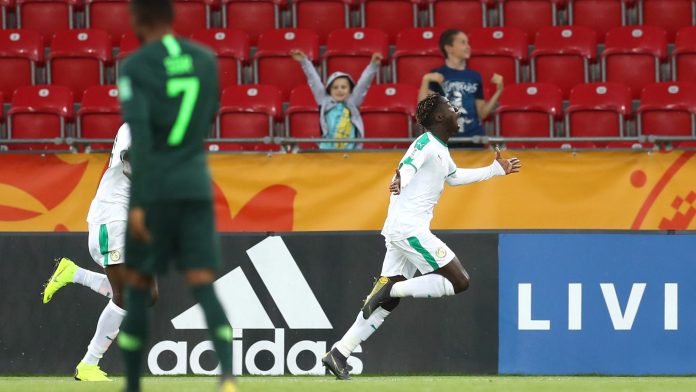 The West African derby lived up to its billing as Senegal held off a dangerous Nigeria 2-1 at the Lodz Stadium.

The victors of the continental clash earned a spot in the quarter-finals of the FIFA U-20 World Cup Poland 2019.

Forward Amadou Sagna broke the deadlock in the 36th minute with a low, right-footed effort and Ibrahima Niane would double the lead for the Senegalese late in first-half stoppage time.

The Flying Eagles had a superb start to the second half, scoring five minutes after the whistle. From a free kick just outside the penalty area, Success Makanjoula sent his cross left of the wall and found the boot of Aniekeme Okon, who flicked in the easy goal.

It was a tight contest in the final minutes that saw wits and will tested, but the Lions of Teranga willed their way to victory and a spot in the quarter-final.