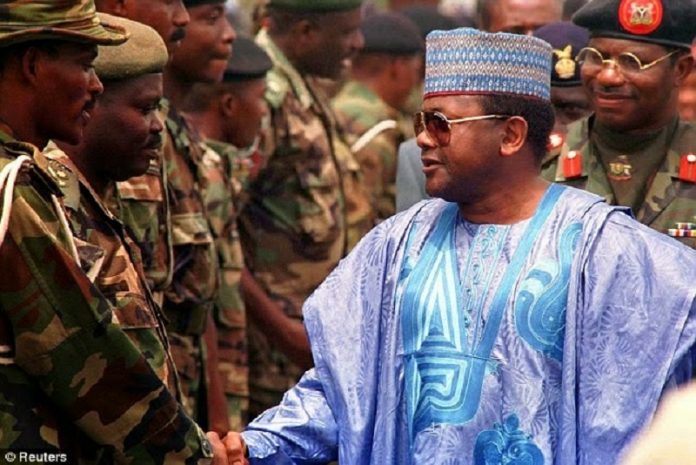 The United Kingdom Government has seized £211,000,000, about N81.9billion, from a Jersey bank account that belonged to the late Nigerian dictator, Sani Abacha.

Mr Abacha died on June 8, 1998, after more than five years in office as Nigerian military head of state.

According to a report by UK Metro news medium, the money was put in accounts held in Jersey by Doraville Properties Corporation, a British Virgin Islands company.

The report further stated that the money is now being held by the government until authorities in Jersey, the US and Nigeria agree on how it should be distributed.

“Any money that Jersey does keep will be put into the Criminal Confiscation Fund, which is used to pay for a variety of projects. In the past, the fund has been used for the new police station and developments at La Moye Prison.

“It is expected that even more money held by Doraville is likely to be seized and paid into the Civil Asset Recovery Fund in the future,” the report said.

In 2014, at the request of the US authorities, the Island’s Attorney-General applied for, and the Royal Court granted, a restraining order over the Jersey bank account balance of Doraville.

“The purpose of the restraining order was to preserve the money until a final civil asset recovery order could be registered in the Royal Court. ”

Then in 2017, Doraville challenged the Royal Court’s decision, taking the case to Jersey’s Court of Appeal.

“That challenge was again rejected. Finally, following the decision of Jersey’s Court of Appeal, Doraville made an application to appeal against the restraint order before the Privy Council – Jersey’s ultimate appellate court.”

“In February 2018 the Privy Council announced its rejection of this final legal challenge. Last week, Solicitor General Mark Temple gave a presentation in Vienna, Austria, about Doraville at a UN conference on corruption.”

Mr Buhari on several occasions questioned the veracity of reports that Mr Abacha looted billions of dollars from the Nigerian treasury.