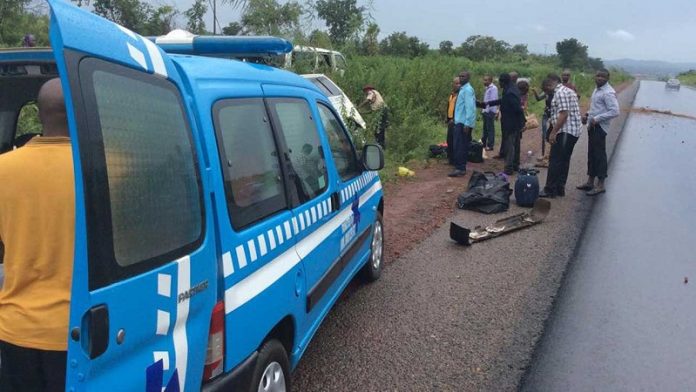 It was gathered that the deceased had a damaging corruption allegation against one of his assailants which he wanted to submit to the headquarters of the corps.

The suspect, it was gathered, had appealed to the deceased not to report the matter but he refused, an action that angered the suspect and triggered the fracas.

An insider who would not want to be named said the culprit had to solicit the assistance of another officer to kill their colleague.

The source said, “He(Emeka) was working on a report on a corruption case to be sent to the headquarters in Benin.

“As he was about going to deliver the report, his oga called him back, insisting he shouldn’t go. But he refused.

“His oga, the unit commander, dragged him, trying to take his telephone when another officer joined him. He was struggling with them over the telephone when they strangled him to death.”

Our correspondent gathered that the deceased who hailed from Okpanam in Delta state until death was a Senior Road Marshall Assistant.

It was gathered that the unit commander and his accomplice had been arrested and detained at the Onitsha police area command.

When contacted on the telephone, the Anambra State Commissioner of Police, Mustapha Dandaura said he was yet to be briefed on the matter.

He said, “I just came into the state. I travelled. So, I’m yet to be briefed on the matter. Give us some time; we shall get back to you.”

The FRSC Public Relations Officer, Pascal Anigbo, confirmed the incident to our correspondent.

He said the incident happened on Thursday at 7pm.

Anigbo, however, said he had no details of what must have caused the fracas.