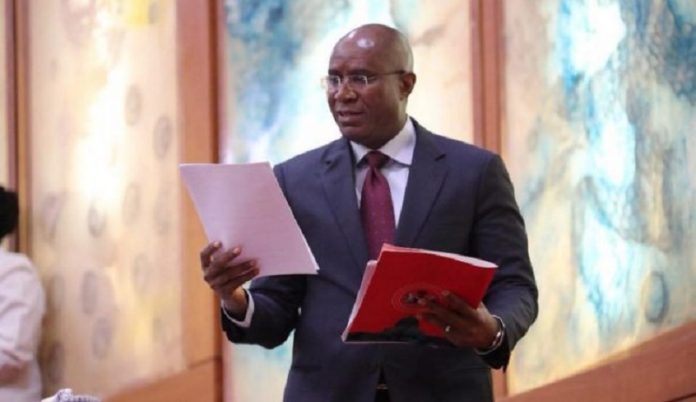 The ruling All Progressives Congress (APC) has finally announced its choices of candidates for Deputy Senate President and Deputy Speaker.

The decision was communicated to journalists in a statement signed by the party’s National Publicity Secretary, Lanre Issa-Onilu.

“The party formally adopts Senator Ovie Omo-Agege for the positions of Deputy Senate President and Hon. Muhammed Idris Wase as Deputy Speaker. This is sequel to wide consultations with President Muhammadu Buhari, party stakeholders, including APC governors,” the statement reads.

With this latest development, Mr Omo-Agege will now run alongside Ahmed Lawan, who is the party’s favoured candidate for Senate President.

Although the mace was recovered, no one has been prosecuted or convicted for the crime.

At the House of Representatives, the APC Speakership candidate, Femi Gbajabiamila, has been running his campaign with Mr Wase. The relationship is now formalised.

The party urged others to shelve their ambitions and support its position.

“All elected APC members of the Senate and House of Representatives are hereby directed to fully mobilise as a united force behind the party’s choice.

“Members who have earlier signified interests in these positions are urged to support the party’s decisions as loyal and committed members of APC by working with other members to ensure the emergence of the adopted candidates.”

Election of the ninth National Assembly presiding officers will hold on Tuesday.