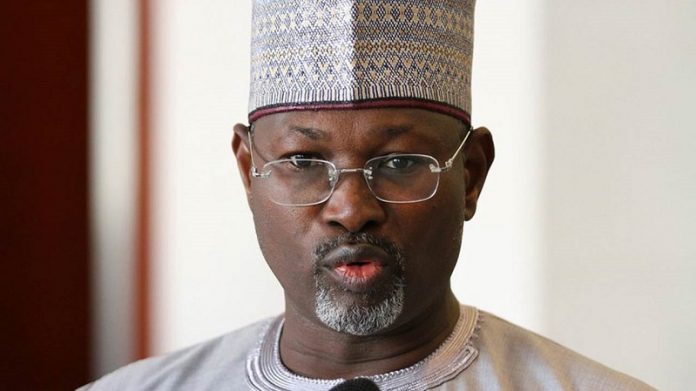 Former Chairman of the Independent Electoral Commission (INEC), Attahiru Jega, has denied making a statement on the existence of a server during his time as head of the commission.

Mr Jega, in a circulated comment, was quoted as saying the INEC server existed and is ‘functional’, even in his own time.

The statement drew comments from Nigerians who questioned the current chairman of INEC for the commission’s claim it had no server for the 2019 general elections.

Mr Jega in 2010 replaced Maurice Iwu as substantive chairman of the commission and served until 2015.

He was succeeded by current chairman, Mahmood Yakubu after Amina Zakari served a short stint as Acting Chairman.

Mr Jega was quoted as saying that election results were transmitted electronically ‘during his time.’

Mr Jega served as INEC chairman for both 2011 and 2015 general elections.

“INEC server exist and it is functional. Let’s call a spade a spade. I was once INEC chairman and results were transmitted electronically during my time,” he was quoted as saying in one of the viral tweets.

The comments, with no source, was tweeted on the handle of Olushola Olufolabi @olushola_shola.

He noted that the commission under his watch did not, at any time, transmit results electronically.

“This is another lie mischievously attributed to me,” the former INEC boss reported texted Premium Times.

“I never said this. Besides, INEC during my time did not do electronic transmission of results. Under our current electoral laws, it is illegal to do so.

“I am at a loss as to why some reckless people go the extra mile to attribute things to me, which I have never said. I have never said this. It is a repugnant lie,” Mr Jega said in the message sent on Sunday.