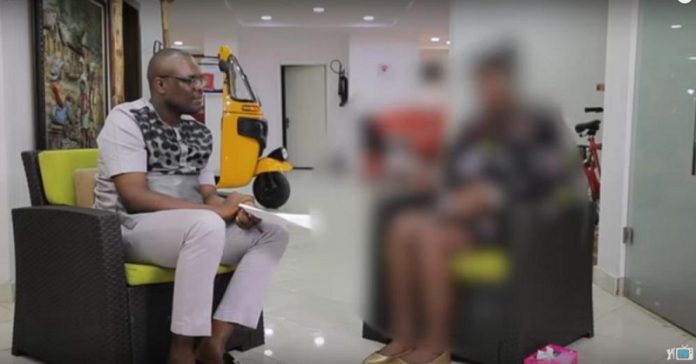 Another lady has accused the founder of Commonwealth of Zion Assembly, Biodun Fatoyinbo of raping her.

The lady, who spoke on the condition of anonymity in an interview with Y!Naija said the incident happened in 2017 at the pastor’s house.

According to her, she was an employee of COZA, who worked directly with the pastor and a member of the church.

She said Fatoyinbo asked her to visit his house on a Thursday morning to receive some instructions and run an errand.

She stated, “He was my boss. I worked with him. Sometimes, I had to do errands for them. So it was not the first time that I was going to be at their house.

“I was there sitting on the couch with him and he started addressing something that had to do with the church.

“Everything moved quickly from there. I had known him as a spiritual leader and I was about to witness the opposite of everything that I thought he stood for.

“I was too shocked. It was a couch. I didn’t know whether I should hold on to something. I remember telling him continuously, ‘You can’t do that, you can’t do that.’”

This comes less than a week after the release of a viral video, also by Y!Naija, in which Busola Dakolo, wife of popular musician Timi Dakolo, accused Fatoyinbo of raping her.

The allegation sparked outrage which led to protests at the Abuja and Lagos churches of COZA with the protesters demanding justice and for the pastor to step down for investigations.

Fatoyinbo announced his leave of absence from the pulpit on Monday.

Schools were given adequate opportunity for BECE Registration – NECO