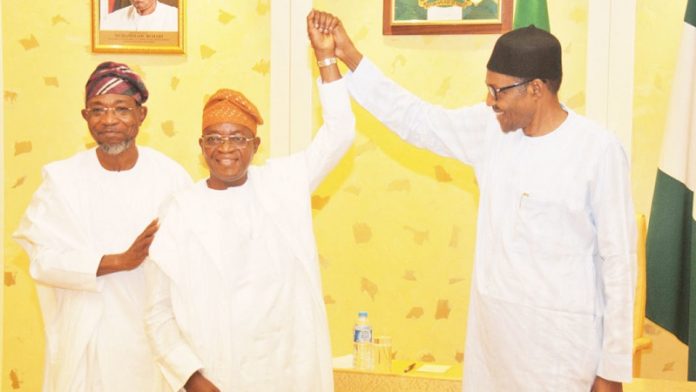 A Supreme Court justice who disagreed with Friday’s majority ruling upholding the election of Gboyega Oyetola as Osun State governor, has accused the Independent National Electoral Commission of rigging the polls.

Justice Akaas accused INEC of rigging the polls during the rerun, while Justice Galinje argued that the courts should have given attention to the controversy over the rerun polls.

Mr Akaas said INEC had no cogent reason to have conducted a rerun in the first place.

“INEC is supposed to be an umpire not a partisan group. For INEC to have pronounced the election inconclusive showed that it had something up its sleaves. And it achieved that through the rerun,” said Mr Akaas who looked angry.

The blistering rebuke of the electoral body came at the Supreme Court’s ruling on the election dispute brought by Ademola Adeleke of the Peoples Democratic Party.

The two judges from a seven-member panel, disagreed with a majority ruling upholding the September 2018 election in Mr Oyetola’s favour.

Mr Adeleke filed a petition at the election tribunal to challenge the victory of Mr Oyetola of the APC.

The electoral commission, INEC, declared Mr Oyetola winner of the election after the supplementary poll. Mr Adeleke led after the first round of polling.

Mr Adeleke, who said he polled the highest number of votes in the election overall, asked the tribunal to cancel the victory of Mr Oyetola and declare him the winner of the election.

The Osun tribunal ruled in Mr Adeleke’s favour and declared him the winner of the election. In a split judgment of two to one, the tribunal ruled that INEC was wrong to have ordered a rerun election. It nullified the rerun.

The court also ruled that INEC did not comply with its guidelines on results from 17 polling units.

The tribunal then deducted the results of both parties from the declared total of votes in the affected 17 polling units.

The tribunal also said that the PDP would still have won the poll even if it had opted to validate the supplementary election.

But in a contrary opinion in May, the Court of Appeal ruled that “the tribunal was in patent error when it set aside the rerun.”

The court, which had also delivered its verdict in a split decision of four to one, ruled that the judge who issued the majority decision at the tribunal, Peter Obiora, was absent on February 6, 2019, when a major discussion on the issue of none-compliance was tabled before the tribunal; and could therefore not have viewed the issue squarely.

Dissatisfied, Mr Adeleke challenged the decision at the Supreme Court.

The Supreme Court’s effective ruling, read by Bode Rhodes-Vivour, affirmed the decision of the Court of Appeal.

The court said Mr Obiora was evidently absent on February 6 based on the documents before it.

It said the failure of Mr Obiora to be present on that day meant that the tribunal lacked the authorities to have given any judgment on the matter.

In disagreeing, however, Justices Akaas and Galinje said although the absence of Mr Obiora should result in the nullification of the judgement of the election tribunal, “the only way to affirm that was by producing the original court records.”

They said the “the actual record of the tribunal was not before the court of appeal.”

“The onus is on the APC to have proven that Obiora did not sit on February, 6. They should have sworn an affidavit,” the judges said.

They also held that it has been the precedence of the Supreme Court that judges do not have to sign the certified true copies of the judgement.

PRESIDENT BUHARI SET TARGET OF 10 MEGAWATTS IN NEXT 3 YEARS