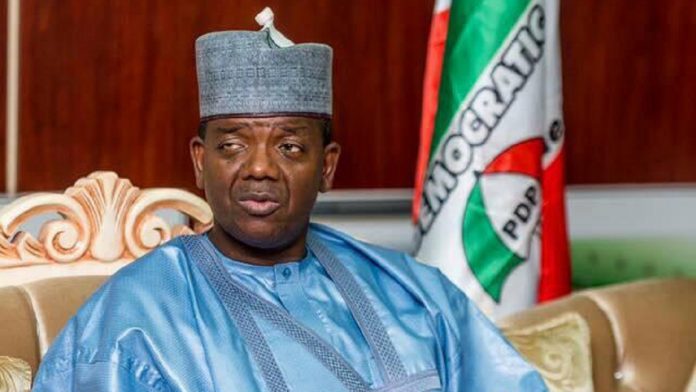 The Supreme Court on Monday rejected an application seeking a review of its last judgment in which it voided the participation of the All Progressives Congress (APC) and its candidates in the last elections in Zamfara State.

A five-member panel of the court, led by Olabode Rhodes-Vivour, in a ruling, struck out the application marked: SC/377/2019 filed by the APC, seeking a review of the judgment.

Justice Rhodes-Vivour in his lead judgment held that the application was incompetent and time-barred and the court has no jurisdiction in the matter.

“If all the necessary documents that are supposed to have been brought are not brought then the application is incompetent.

“The appellant only filed an appeal on only the lead judgment leaving the judgment by other members of the panel.

“The Supreme Court has no jurisdiction over the matter because anything that has to do with pre-election matter must be brought within 60 days after a decision had been delivered,’’ he said.

Justice Rhodes-Vivour further held that the consequential orders made were part and parcel of the pre-election matter and it was an abuse asking the apex court to review its judgment or orders.

“We don’t seat on appeal over our own decision. We have no jurisdiction over this matter,’’ he said.

Robert Clarke, the counsel to the appellant, had said that the purpose of the appeal was for the apex court to take a second look at its decision and the consequential order.

He contended that the orders were made out of jurisdiction and had denied his client fair hearing.

The News Agency of Nigeria (NAN) reports that the apex court on May 24 nullified the elections of all the candidates of the All Progressives Congress (APC) in Zamfara in the 2019 general elections.

The court ruled that the ruling party did not conduct valid primaries in the build-up to the elections.

A five-member panel of the court held that “a party that has no valid candidates cannot be said to have emerged winner of the general elections’’.

“The runner-ups are expected to be declared winners by the electoral body, INEC’’.

Before the general election, the Independent National Electoral Commission (INEC) said it would not allow the APC field candidates in Zamfara because the party did not hold primaries within the stipulated time.

The controversy among leaders of the party in the state led to the inability to hold the primaries within the stipulated time.

Two different courts in Zamfara and Abuja later gave conflicting decisions on the position of INEC.

A High Court sitting in Gusau, Zamfara State, ruled that the APC actually conducted primaries in the state and should be allowed to present candidates for the elections while an Abuja court ruled otherwise.

The Court of Appeal, Abuja Division, on February 21 set aside the judgment of the Federal High Court, Abuja, for ‘lack or want of jurisdiction’ on the part of the lower court.

World Cup 2022: Fifa tells all competing nations to ‘focus on...