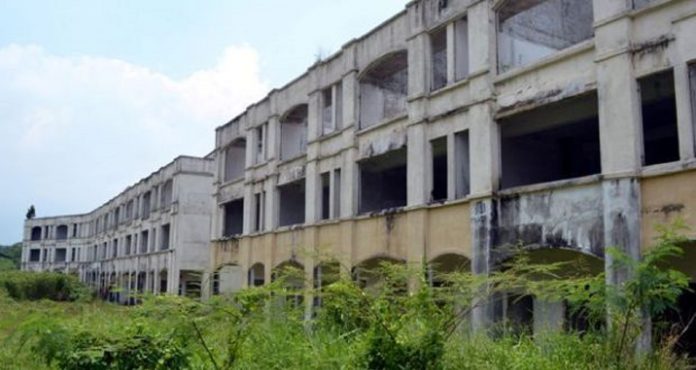 The house of representatives has resolved to investigate abandoned projects awarded by the federal government from 1999 till date.

The resolution is a sequel to a motion introduced during Wednesday’s plenary by Francis Uduyok from Akwa Ibom state.

Uduyok lamented the ‘alarming’ number of projects awarded by different administrations since 1999 but are yet to be completed.

The lawmaker said the abandoned projects are estimated to be over 20,000 while payments of not less than 50 per cent “amounting to billions of naira” had been made in advance.

He said among the abandoned projects are important structures like dams, hospitals, buildings, bridges, companies and roads.

“Access roads like the Eastwest Road, awarded in 2006 and yet to be completed after more than a decade,” he added.

The house expressed concern that non-completion of projects is now a trend and there was an urgent need to intervene.

They added there was a need to provide funding to ensure completion of the ones in line with the current administration’s plan towards national development.

The lawmakers subsequently set up an ad hoc committee to investigate all of such projects and report back in three months.

Insurgency: Buhari gets commendation over stamping out Boko Haram from many...