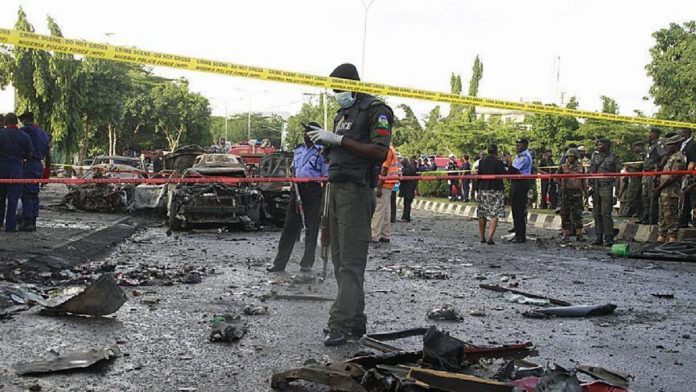 An estimated 27,000 Nigerians died between 2009 and 2019 in the ongoing Boko Haram insurgency in Adamawa, Borno, and Yobe, the United Nations has said.

The United Nations Humanitarian and Resident Coordinator in Nigeria, Edward Kallon, disclosed this on Wednesday during the commemoration of the tenth ‘anniversary’ of Boko Haram crisis.

The event, tagged “‘Holding On’ An Immersive Experience of Internal Displacement: 10 Years of Crises in North-east Nigeria’” was held at the United Nations House in Abuja.

In attendance were the Yobe State Governor, Mai Buni; the Director-General of National Emergency Management Agency (NEMA), Mustapha Maihaja; Edem Wosornu, Head of the UN Office for the coordination of humanitarian affairs and the Executive Coordinator NINGONET, Josephine Habba.

“The Boko Haram crisis in North-east over ten years between 2009 and 2019 has claimed 27,000 civilians due to this decade-long conflict in Nigeria’s North-east,” Mr Kallon said.

He also said the UN is unhappy that humanitarian workers have been killed and kidnapped. He said for the workers that had died in the line of duty, “their memories lie in the hearts and minds to all.”

“We are grieved for the loss of fellow aid workers in the North-east, in Kaduna State, in other states, and in the very place where we are gathered today. Their memories live on vividly in our hearts and minds and their dedication in service of humanity should continue to be an inspiration to us all.”

The UN country coordinator also said in recent months about 130,000 new cases of displaced persons had been recorded.

“The raising insecurity in recent months has pushed over 130,000 newly displaced people on a long trudge. Arriving en masse to displaced camps, they are looking upon us for aid and protection. Despite challenges, we cannot let them down.”

Mr Kallon said there are over 1.7 million Nigerians who are still in need of humanitarian assistance, which the UN was rendering.

He said the UN and other agencies were feeding five million persons, while about two million who are displaced have found refuge in camps jointly managed by the agncies and state governments.

“In February, we built an entirely new camp in Maiduguri for the tens of thousands who fled insecurity in northern Borno – from the ground up in just under six weeks. In June, together with internally displaced people in Damboa, we put over 1000 shelters in four weeks to put a roof over people’s heads.

“Our collective efforts have made a difference over the past 10 years, especially when we have worked closely together in the interest of the peole living in Borno, Adamawa, and, Yobe states who are impacted by the devastating consequences of armed conflict.”

In her remarks, Ms Worsonu sent her condolences to fellow colleagues and civilians who lost their lives in the line of duty

“We have lost many collogues and many civilians, like we said 27,000 innocent human lives including humanitarian workers, women, children have been killed in these crises.