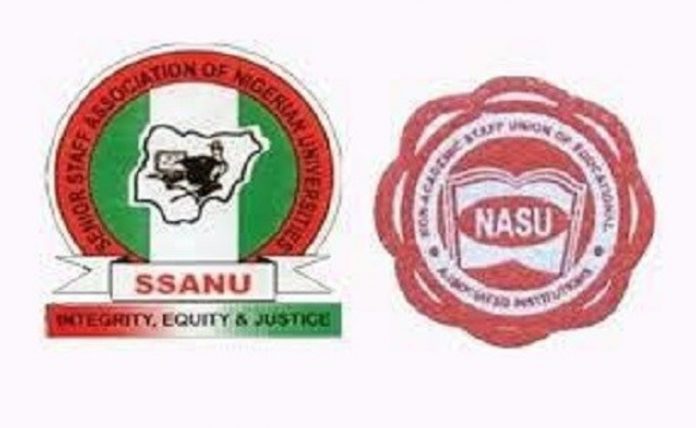 The Senior Staff Association of Nigerian Universities and Non-Academic Staff Union of Universities on Tuesday held a joint protest in Ibadan to demand the implementation of a subsisting court judgement and other pressing issues.

News Agency of Nigeria reports that the unions were demanding the implementation of the judgement of the National Industrial Court regarding Universities Staff School teachers’ enrollment on the government payroll, earned allowances and renegotiation of 2009 agreement. Addressing newsmen during the protest, which took place on the University of Ibadan campus, Mr Wale Akinremi, the Chairman of SSANU, who spoke on behalf of the two unions, urged the Federal Government to respond to their demand to avert the impending strike.

Akinremi said that the protest became imperative after their attempt to draw the federal government’s attention by due process failed. “The other time we protested, the National Assembly attempted to intervene in the matter, unfortunately, there was a security breach in Abuja on that day. “Since then, we have not got any message from them. “Again, we were supposed to have a meeting with the Ministry of Education last week but the meeting was postponed without any given reason. That is why we are here today.

Akinremi said that the associations had given the government a 14-day ultimatum after which they would proceed on a five-day warning strike. “We pray that the government will not allow it to get to that stage,” he said.