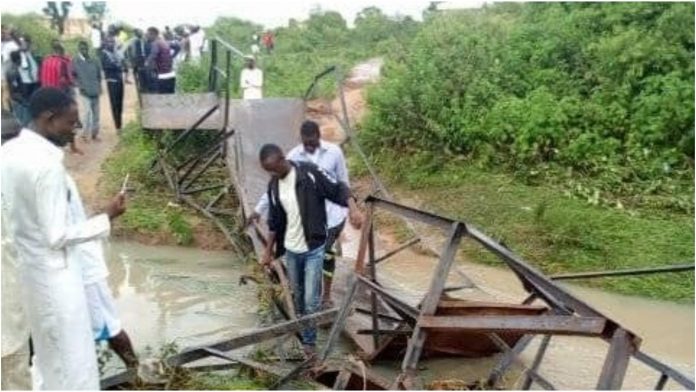 Two students have been confirmed killed with many others injured after a pedestrian bridge collapsed at the Abubakar Tafawa Balewa University (ATBU), Gubi Campus.

The bridge which links one of the hostels and another building containing lecture rooms collapsed at midnight, following a heavy downpour. The Student Union President, Naziru Mohammed, said that two students have been confirmed dead and two others injured.

Students of the university are however currently protesting, blaming the bridge collapse on negligence by the institution’s authorities.

Director of Public Relations of the University, Andee Iheme also confirmed the death of two students following the incident.