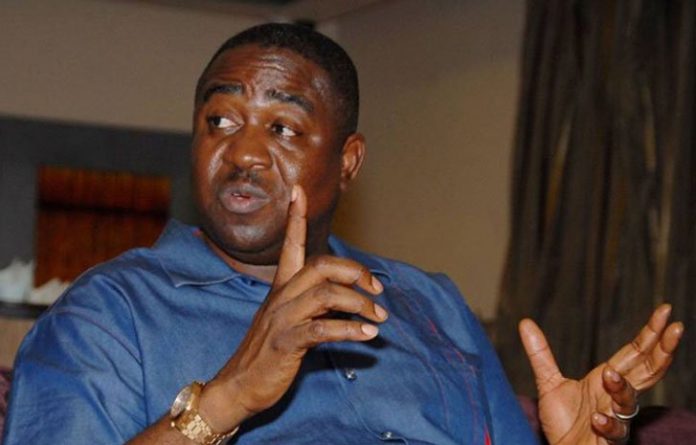 Justice Okon Abang of the Federal High Court in Abuja has taken over the trial of a former Governor of Benue State, Mr Gabriel Suswam, who was charged with N3.1bn fraud, it was learnt. Justice Abang took over the case following the withdrawal of   Justice Ahmed Mohammed from the trial following the recent report by Sahara Reporters relating to the case.

Suswan is being prosecuted by the Economic and Financial Crimes Commission for alleged money laundering. It was learnt that Justice Abang has fixed September 20 for the re-arraignment of the Senator representing Benue North along with his co-defendant, Mr Omodachi Okolobia.  Okolobia was the state commissioner of finance during the Suswam administration in Benue. Our correspondent on Tuesday confirmed the new developments in respect of the case from court officials.

Our correspondent also saw the hearing notice Justice Abang ordered to be issued and served on the parties to the case for the September 20 proceedings. “The cause will be transferred from the General Cause List to the Hearing Paper for Friday, September 20, 2019 at 9 O’clock in the forenoon, and will come on to be heard on that day if the business of the court permits or otherwise on some adjournment day of which you will receive on further notice,” the hearing notice for Court 7 presided by Justice Abang read in part.

The EFCC had been prosecuting Suswam along with Okolobia before Justice Mohammed since November 2015. Justice Mohammed’s withdrawal from the case was the second after he announced a similar decision on June 6, 2016.