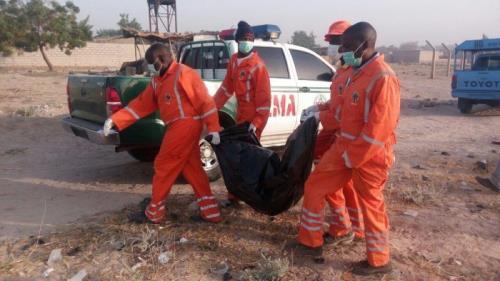 Two persons were killed and four others injured following a suicide attack in Mafa local government of Borno state. The attack was carried out by two female suicide bombers who infiltrated the town late Tuesday night.

The State Emergency Management Agency (SEMA) evacuated the bodies of the victims and transferred the injured to the Maiduguri specialist hospital where they are currently receiving treatment. Speaking to Channels Television via a phone call on Wednesday, SEMA’s Director of Rescue and Operations, Bello Dambatta confirmed the attack.

Mafa, the hometown of the state governor is an estimated 15 kilometers away from Maiduguri, the state capital. Similarly, suspected insurgents invaded Katori, a village near the recently attacked Dalori Internally Displaced Persons camp on Tuesday night shooting and setting houses ablaze in an attempt to set the whole village ablaze while looting food items as villagers panicked.