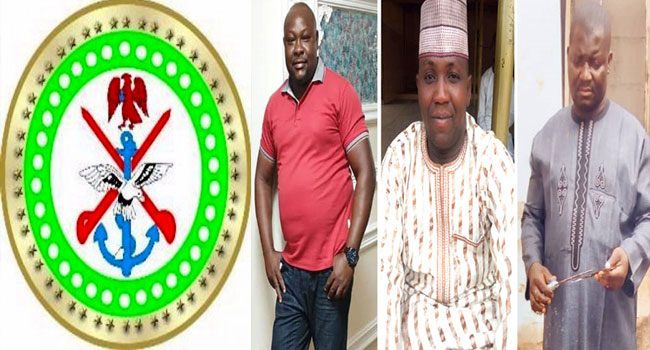 The Defence Headquarters (DHQ) has set up a joint panel to investigate the killing of three police officers and a civilian by soldiers in Taraba State. Acting Director of Information Defence Headquarters, Colonel Onyema Nwachukwu, announced this in a statement on Friday.

He explained that the Chief of Defence Staff, General Abayomi Olonisakin, constituted the committee following the directive of President Muhammadu Buhari. According to Colonel Nwachukwu, the seven-man panel chaired by Rear Admiral I.T. Olaiya has commenced work immediately. The panel comprises representatives of the Nigerian Army, Nigerian Navy, Nigerian Air Force, the Nigeria Police, Department of State Service and the Defence Intelligence Agency.

Colonel Nwachukwu said the committee has been asked to unravel the circumstances that led to the killing of the security personnel and the civilian along Ibi – Wukari Road in Taraba on Tuesday.

President Buhari issued the directive on Thursday when he met with the Service Chiefs over the incident and the nation’s security situation.