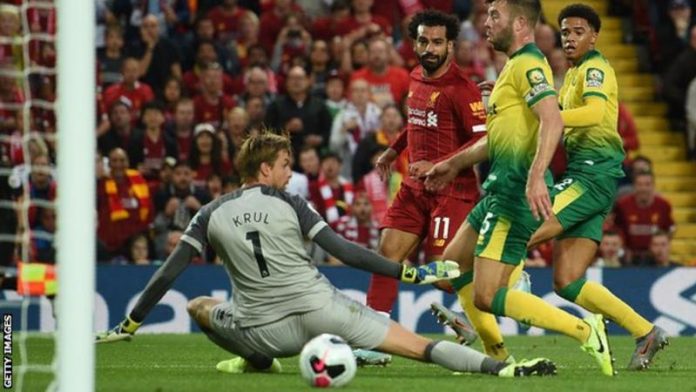 Norwich captain Grant Hanley scored the opening goal of the top-flight season when he sliced Divock Origi’s cross into his own net before Mohamed Salah opened his account after a pass by Roberto Firmino.

German midfielder Marco Stipermann forced a fine save by Reds keeper Alisson before an unmarked Virgil van Dijk headed the third from Salah’s corner, Origi nodding the fourth after a stunning pass by Trent Alexander-Arnold.