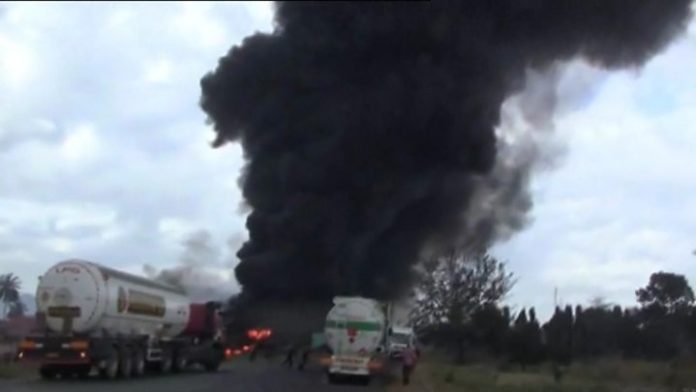 At least 60 people have been killed and 70 injured in a fuel tanker explosion in Tanzania, police say. Pictures posted online show flaming wreckage scattered over a wide area and charred bodies lying on the ground.

Police said people were trying to recover fuel from the vehicle, which had overturned on a major road some time earlier, when the blast happened. The incident occurred in Morogoro region, about 200 km (124 miles) west of the port city of Dar es Salaam.

The city of Morogoro is on a major route for transporting cargo and fuel from the port, which is the country’s commercial capital.