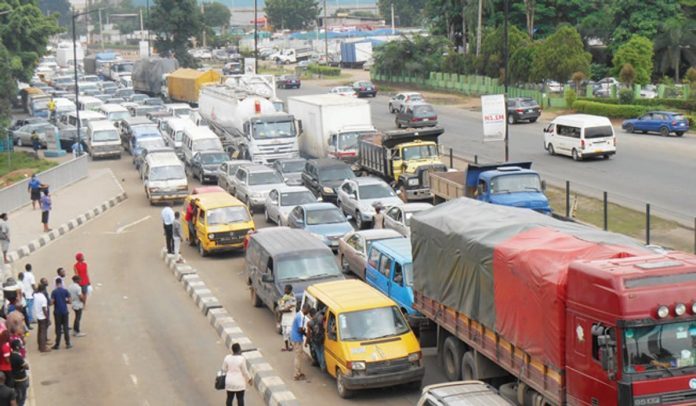 The Federal Road Safety Corps says it has deployed about 480 officials to control traffic during the reconstruction of Berger Bus Stop to Kara Cattle Market portion of the Lagos-Ibadan Expressway which is expected to commence on Monday (today). Divers have also been recruited to assist in search and rescue in the event that a vehicle falls off the bridge into the water underneath.

It was gathered that the Lagos State Command will deploy 300 personnel while its Ogun State counterpart will deploy 180. The Lagos Sector Commander, Federal Road Safety Corps, Mr Hyginus Omeje, said some personnel had been moved from other commands to the Lagos headquarters to help with the management of traffic during the period. “They won’t all be on duty at once; they will be working on shifts for the period the construction will last. We are aware of how critical that portion of the road is and we don’t want any the traffic to get out of control,” he said.

He said there would also be support from sister agencies such as the Lagos State Traffic Management Authority. According to him, the diversion will not be different from what had happened on other portions of the road in the past. The Ogun Sector Commander of the FRSC, Mr Clement Oladele, said traffic on the road would not be a challenge if motorists were willing to cooperate with security officials. He said, “Motorists should follow instructions and drive cautiously. This kind of diversion is not new but I need to warn that they should be careful. Most of the road crashes in Ogun happen around diversion and construction areas. People shouldn’t drive beyond 50 kilometres per hour no matter the time of the day.”

“There is tendency that there will be heavy duty vehicles on the road. It is almost impossible for there to be fatalities when a vehicle is moving at 50km per hour. So, I will appeal to members of the public to follow these instructions. Secondly, on no condition must anyone overtake within the diversion point; it is a traffic offence.”