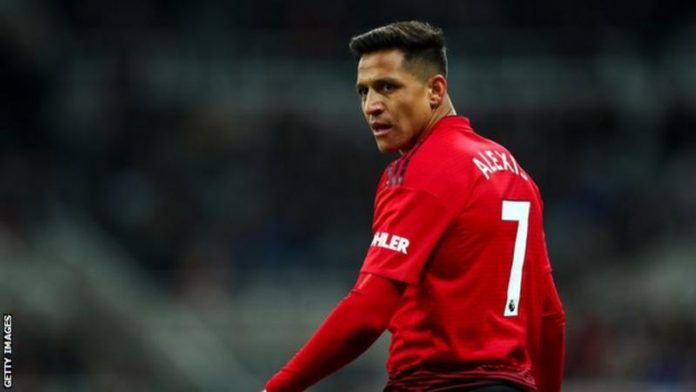 Forward Alexis Sanchez “does not regret” joining Manchester United but says he did not get enough playing time to be a success. The Chilean, 30, joined Inter Milan on a season-long loan deal in August after 19 months at Old Trafford.

He was United’s highest earner on about £400,000 a week – but scored only five times in 45 games after joining from Arsenal in January 2018. “I’m very happy I went to Manchester United,” Sanchez told BBC Sport. “I’ve always said that. It’s the club that’s won the most in England. “When I went to Arsenal it was fantastic – I was happy there – but United were growing at the time, they were buying players to win something. “I wanted to join them and win everything. I don’t regret going there.”

Sanchez scored 80 goals in 166 matches for Arsenal after signing for £30m from Barcelona in July 2014, and was nominated for the Professional Footballers’ Association Players’ Players of the Year award in 2017.

However, his departure for United coincided with a severe downturn in form.

We have the numbers to win any free and fair electoral...