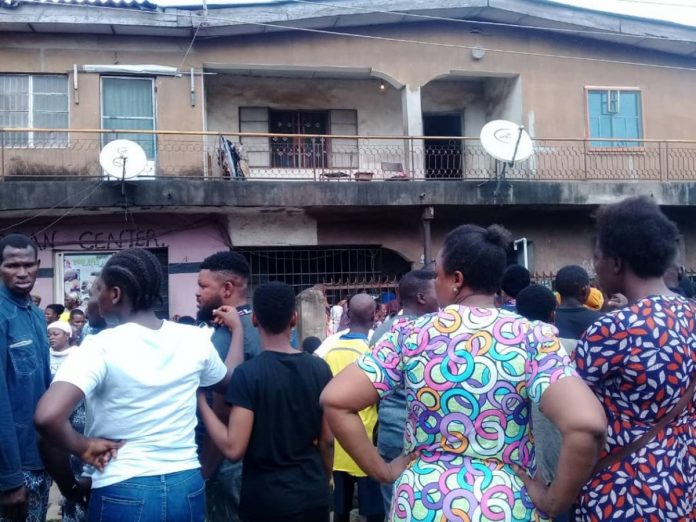 A family of seven including husband, pregnant wife and five children have died after allegedly consuming food suspected to be laced with poison. It was learnt that the neighbours of the family were concerned when no member of the family came out to perform their early morning chores in the house.

An eyewitness, who simply identified himself as Kamoru, said the crowd mourning the bereaved family prevented drivers and transport workers from passing the axis, adding that some of the victims were rushed to hospital where they died.

Kamoru said, “We were driving through that axis when we saw a lot of crowd on the road. The crowd prevented us from passing and we resorted to reversing to pass another route. When we asked what happened, people said none of the family members came out to perform their morning duties and when they broke their door down and entered the house, they were on the floor.

“Foamy substances were coming out of their mouth so people suspected that they ate food that was poisoned. One of the victims died in the hospital.”