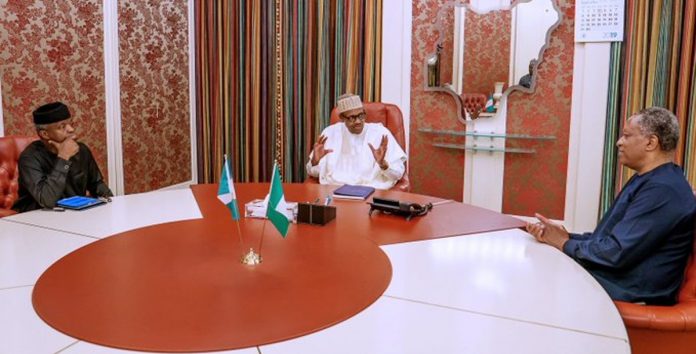 The Nigerian Government has pulled out of the ongoing World Economic Forum in Cape Town, South Africa. This was disclosed by Personal Assistant to the President on new media, Mr Bashir Ahmad.  The government pulled out over the fresh xenophobic attacks in the country.

Mr Bashir Ahmad in his tweet on Wednesday further stressed that “VP Prof. Yemi Osinbajo was to represent Nigeria at the World Economic Forum which is currently holding in South Africa but called it off in reaction to the gruesome attacks on Nigerians”.

Nigeria joins the list of a number of African countries whose leaders would not be attending the forum. Earlier reports had it that the Presidents of the DR Congo, Rwanda and Malawi had withdrawn from the forum owing to the violence recorded in the country this week but the South African Department of International relations and Cooperation (DIRCO) has denied this.

WHO praises Nigerian Govt for swiftness, transparency on Coronavirus