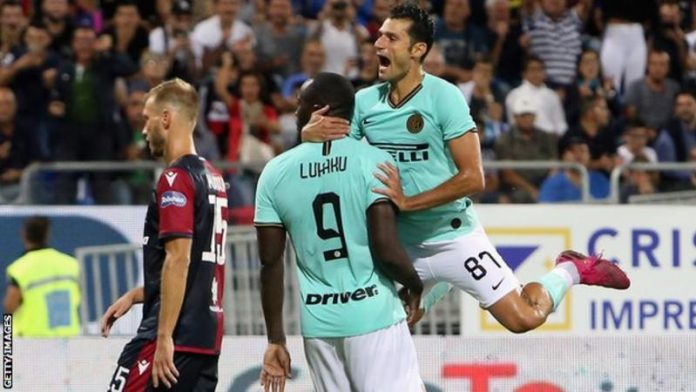 A group of Inter Milan fans claim Cagliari supporters were showing Romelu Lukaku a form of “respect” when they aimed monkey chants at him on Sunday. Lukaku, who moved from Manchester United to Inter in the summer, was subjected to the racist abuse after scoring the winner in a 2-1 victory.

A statement from Inter fan group Curva Nord said “Italian fans are not racist” and the abuse was gamesmanship. It added: “We are sorry you thought what happened in Cagliari was racist.” The open letter to the Belgian forward, published on the fans’ Facebook page, also said: “You have to understand that Italy is not like many other north European countries where racism is a real problem.

“We understand that it could have seemed racist to you but it is not like that. In Italy we use some ‘ways’ only to ‘help our teams’ and to try to make our opponents nervous, not for racism but to mess them up. “Please consider this attitude of Italian fans as a form of respect for the fact they are afraid of you for the goals you might score against their teams and not because they hate you or they are racist.”

Lukaku, who said the game is “going backwards” in the wake of the abuse, stood and stared at fans behind the goal – where the chants had originated from – after scoring the winning goal.