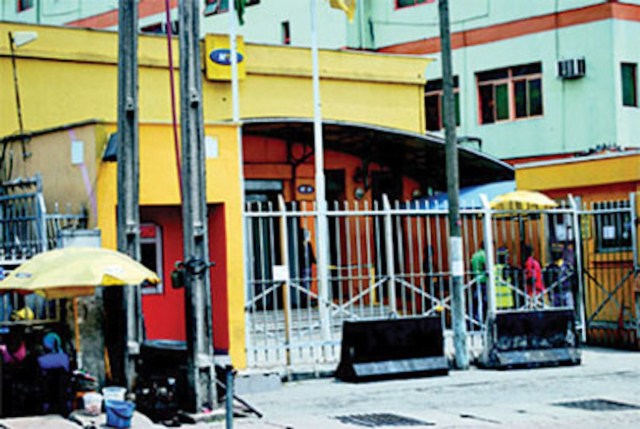 Following series of attacks on its premises by angry mobs and protesters in some parts of the country, MTN Nigeria has shut its outlet on Ogunnusi Road, Ojodu, Lagos, while armed policemen were also deployed to man the premises.

MTN, a South African telecoms company, is the biggest mobile telecommunication network provider in Nigeria, with 38 per cent share of the telecoms market and 65,379,196 subscribers as of July 2019, according to the data on the website of the Nigerian Communications Commission as of Wednesday morning. Our correspondent observed on Wednesday morning that a police patrol vehicle, belonging to the Lagos State Police Command, was stationed at the entrance.

South African businesses, including MTN, Shoprite and PEP had come under series of attacks by angry Nigerians since Tuesday in retaliation for the attack on Nigerians in South Africa. No fewer than three persons died and over 50 shops and businesses belonging to Nigerians and other nationals were destroyed by South Africans on Sunday morning. One person who sustained injury during the attack was said to be receiving treatment for smoke inhalation.

The President of the Nigeria Union South Africa, Adetola Olubajo, said on Monday that the attacks began on Sunday morning in Jeppestown area of Johannesburg when a building was set ablaze by an angry mob.

Niger Gov presides over APC-CECPC meeting, says he has been acting...