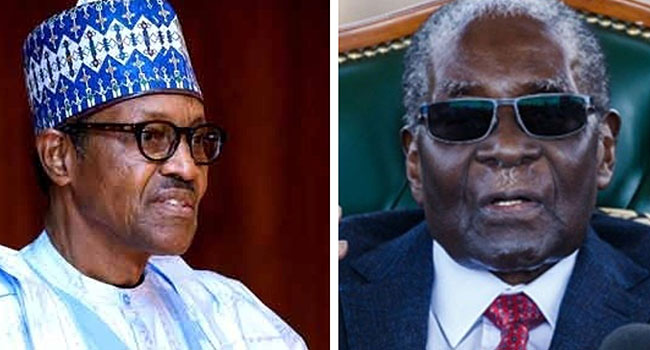 President Muhammadu Buhari has sent condolences to the government and people of Zimbabwe over the passing of the founding father and former President, Robert Mugabe. Robert Mugabe’s death was announced earlier on Friday by the country’s President, Emmerson Mnangagwa.

Mr Mugabe was 95-years-old as at the time of his death. In a statement by his special aide, Mr Femi Adesina, President Buhari commiserated with family members, friends and political associates of the political activist who fought for the independence of the country from colonial rule, and lived most of his life in public service.

President Buhari stated that he believes Mugabe’s sacrifices, especially in struggling for the political and economic emancipation of his people, will always be remembered by posterity.

He prayed that the Almighty God will grant the soul of the former president rest and comfort his loved ones.