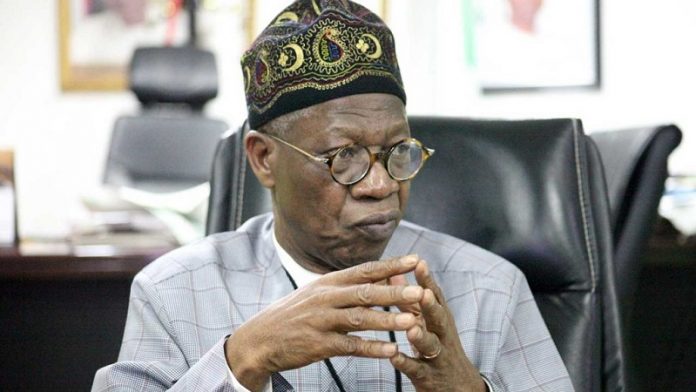 The Federal Government has debunked the report being circulated on the social media of a bomb explosion at the South African High Commission in Abuja on Saturday, calling the report fake news orchestrated by the desperate opposition to cause panic and chaos among the populace. In a statement issued in Abuja on Saturday, the Minister of Information and Culture, Lai Mohammed, said the video of the purported bomb explosion, which is being circulated on the social media, is that of the bomb explosion at Emab Plaza, near Banex, in Abuja on June 25 2014.

The Minister said it is now apparent that the desperate opposition has decided to use fake news and disinformation as handy tools in their avowed determination to make Nigeria ungovernable, having lost woefully at the polls. ”A pattern is emerging of the antics of the desperate opposition to latch on to the use of fake news and disinformation as a strategy to trigger chaos in the country. On Friday (6 Sept 2019), they doctored and circulated the video of my appearance on Channels Television in January 2015 (when I was the spokesman of the APC) to make it look like I was begging Nigerians to forgive President Buhari for not having a school certificate.

Worse still, they posted the video afresh, giving the impression it happened last Thursday and that I acted in my capacity as Minister of Information and Culture.