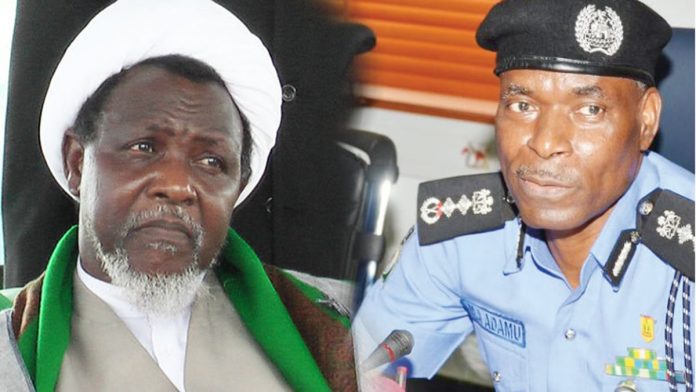 The Nigeria Police Force and members of the proscribed Islamic Movement in Nigeria, also known as Shi’ites, may clash at the group’s upcoming Ashura procession on Tuesday. The Ashura procession, also called the Day of Ashura, is the tenth day of Muharram, the first month in the Islamic calendar.

It is observed annually by Shi’ite Muslims worldwide to commemorate the death of Husayn ibn Ali in the Battle of Karbala in Iraq. Known as the third Shia Imam, Husayn was the grandson of Prophet Muhammad (SAW) and son of Ali ibn Abi Talib, the first Shia Imam. Husayn was said to have died during the Battle of Karbala, which was fought on October 10, 680 between his army and the army of the second Umayyad caliph Yazid I.

Despite the fact that the Shi’ites group has been proscribed, it has dared the police and insisted it would observe the Ashura procession on Tuesday. However, the Nigeria Police Force had also dared the group to march and see what they (the police) would do. The development came amid a recent directive from the Inspector-General of Police, Mohammed Adamu, for the arrest of all identified Shi’ite leaders across the country.

The IGP also directed a team of special police to dismantle the IMN structures in the country, vowing the police would not allow the Shi’ite group to violate its proscription by the court.

SENATE DENIES IMPEACHMENT MOVES AS REPORTED IN SOME DAILIES

SACKED DG IN TROUBLE FOR BLOWING N200B ON POLL