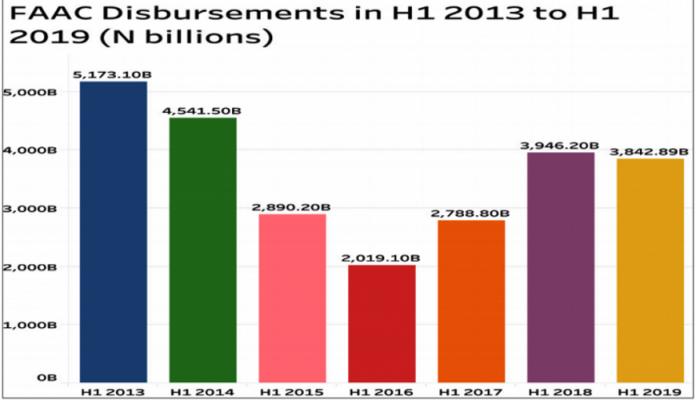 The Nigerian Extractive Industries Transparency Initiative, on Monday, revealed that the three tiers of government shared the sum of N3.842 trillion in the first half of 2019. According to the NEITI quarterly review shared on it verified Twitter handle, the Initiative revealed that the Federal Government received N1.599 trillion; states received N1.335 trillion and Local Governments received N792 billion from the Federation Account Allocation Committee.