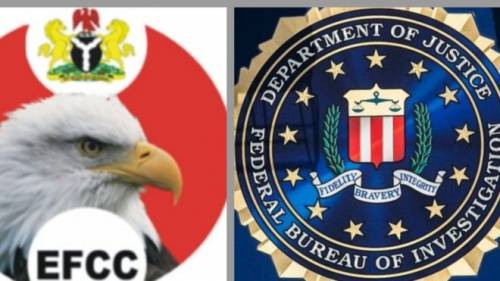 The collaborative operation between the Economic and Financial Crimes Commission (E.F.C.C) and the Federal Bureau of Investigation (FBI) has arrested 167 Nigerians for alleged computer-related frauds. This was disclosed at a joint press briefing by both agencies in Lagos on Tuesday.

According to the Director of Operations, EFCC, Mohammed Abba, the suspects were arrested barely one month when the operation rewired collaboration was launched. He added that the sum of $169,850, as well as the sum of N92 million, four exotic cars and, landed property in Abuja and Lagos, have been recovered.

“We have also recovered from the arrested fraudsters, the sum of $169,850 as well as the sum of N92 million. “Also, four exotic cars, plots of land in choice areas in Lagos and property in Abuja were also recovered during the collaborative operations.”

ALERT: Get CoreTV News apps on Android and iOS!

CASES TO BE RESOLVED ELECTRONICALLY