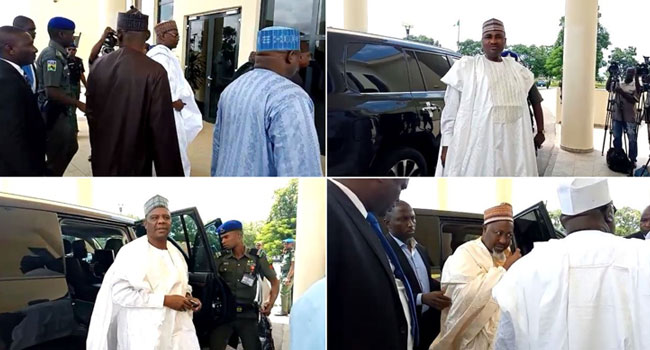 Governors of the nineteen northern states are meeting in Kaduna today to discuss issues that affect the region and chart the way forward. At the meeting which is holding at the Kaduna State government house, the governors are expected to discuss issues of insecurity, economic growth, regional integration, poverty, educational problems among other challenges ravaging the northern region.

In attendance so far, are the Chairman of the forum and Governor of Plateau State, Simon Lalong, Governors of Nasarawa and Jigawa States as well as the Deputy Governors of Sokoto, Kaduna, Bauchi and Benue States. The Northern States Governors Forum is chaired by the Plateau State governor, Mr Simon Lalong who was elected during their meeting early this year.

In his opening remarks before the meeting went into close door, Mr Lalong, said the meeting was summoned for the Governors to deliberate and take a common position on the issue of livestock management in the country, which he notes, has generated controversy, misinformation and politicization among various stakeholders, as well as to develop best ways of keying into the federal government’s National Livestock Transformation plan.

Mr Lalong notes that as a region that holds comparative advantage in livestock management as an economic and socio-cultural vocation, there is need for the north to come up with a common position on Livestock management, which he says will provide a conducive environment for nomadic herdsmen and also bring a lasting solution to the incessant farmer/herder clashes in the country