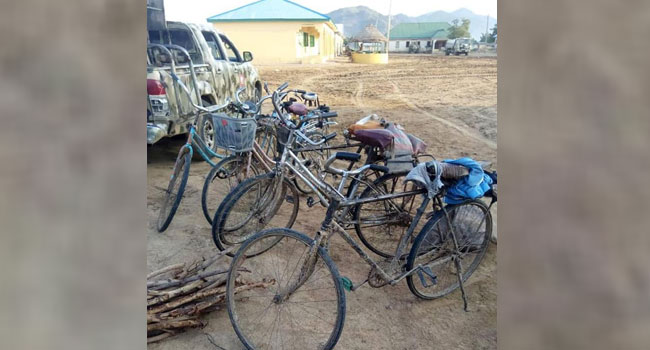 This is according to a statement by Army Spokesman, Colonel Sagir Musa. In his communique on Wednesday, Colonel Musa said the raid was carried in continuation of the clearance operations to get rid of the remnants of terrorists in line with the newly introduced Super Camp Concept of Operation. He revealed that the troops came in contact with terrorists which led to a serious engagement forcing the criminals to flee in disarray as a result of superior fire power from the troops.

He also stated that three terrorists lost their lives during the operation and an unconfirmed number of insurgents were wounded. Colonel Musa said a cordon and search mission was conducted in the area, leading to the recovery of six bicycles and some quantity of food items.

According to the Army spokesman, investigation revealed that the eliminated terrorists are members of the terrorists’ logistic cell.